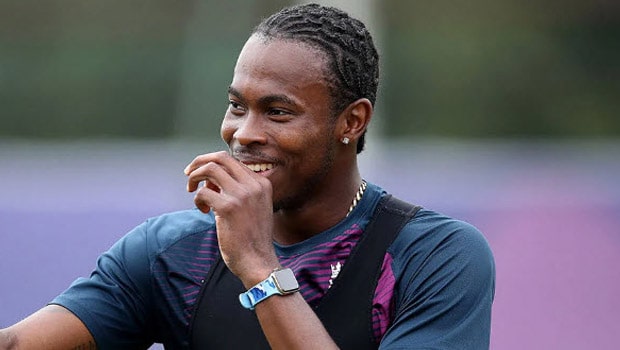 Rajasthan Royals gun fast bowler Jofra Archer has stated that nobody expected them to chase down a massive total of 224 runs against Kings XI Punjab at Sharjah Cricket Stadium on Sunday. The Royals created history as they chased down the highest successful score in the history of the IPL.

In fact, Rajasthan Royals bettered their previous record when they had chased down 215 runs against Deccan Chargers in the inaugural edition of the league after Graeme Smith and Yusuf Pathan had scored 71 and 61 runs respectively.

Meanwhile, the match looked over for RR when they required 84 runs in the final five overs versus KXIP. In the last three overs, RR needed 51 runs and it seemed an impossible task for them to get over the line with a struggling Rahul Tewatia at the crease.

However, the southpaw turned the match on its after smashing Sheldon Cottrell for five sixes in the 18th over of the inning. It was the turning point of the game and Tewatia was a hero after being declared as the villain in the initial stage of his knock.

“Very satisfied. It was hard to believe that we would win the match against Kings XI Punjab and have some points. We were a bit slow but very glad to get over the line. The plan was just to see the ball and hit it,” Archer said in a video posted on the official handle of Rajasthan Royals.

“It was very crazy, Tewatia started to strike the ball very cleanly in the over of Cottrell and that is probably the match-winning over for me. I bet no one expected us to win especially when we got to over 15. I am glad we proved everyone wrong,” he added.

On the other hand, Jofra Archer also played a key role in the success of his team as he scored two sixes of the first two balls he faced. Archer played a nice cameo of 3-ball 13 to help his team get over the line. The right-hander was high on confidence as he had smashed four sixes in an over in the match against CSK.

Archer had a tough day at the office with the ball as he leaked 46 runs in his quota of four overs. It is a rare sight when Archer concedes his runs at an economy of more than 10 but the short boundaries at Sharjah Cricket Stadium has been a pet peeve for the bowlers.

RR will play their next game against KKR at Dubai International Stadium on 30th September.