Home » Cricket » IPL 2020: Not here to have fun, hope everyone understands that – Virat Kohli

IPL 2020: Not here to have fun, hope everyone understands that – Virat Kohli 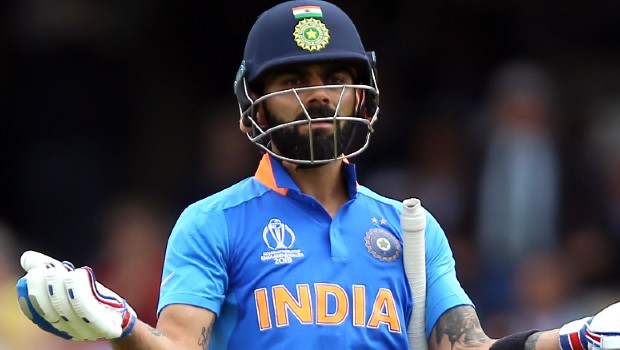 Indian team and Royal Challengers Bangalore skipper Virat Kohli has urged everyone to respect the IPL bio bubble in the UAE. Kohli has stated that they are not here to have fun and he is hopeful that everyone will obey the Standard Operating Procedures which has been put in place by their respective franchises and the BCCI.

Even a small mistake can have serious repercussions and the players and support staff’s lives can be put at jeopardy if the strict guidelines are not followed. Thus, the whole tournament can be at stake and it is everyone’s responsibility to respect the protocols, which have been put in place for the smooth conduct of the competition.

Virat Kohli had earlier stated that one mistake can spoil the whole tournament.

Virat Kohli said while talking on RCB’s YouTube show Bold Diaries, “We are all here to play cricket…The bio-bubble needs to be respected at all times for the tournament to happen eventually. We are not here to have fun and roam around and you know that ‘I want to hang out in Dubai'”.

All the team’s players and the support staff will have to be disciplined and obey all the protocols. In fact, the tournament’s schedule has been delayed by the BCCI as 13 members of the CSK’s camp have been tested positive, which includes two players, Deepak Chahar and Ruturaj Gaekwad.

Furthermore, some members of the broadcasting team have also been tested positive for Covid-19. Thus, the tournament can come under scrutiny if the situation continues to worsen.

Meanwhile, Virat Kohli will return to action after a gap of six months. Kohli also stated that he didn’t miss the game as much as he thought he would as he was playing continuously in the last decade. Hence, it was a welcome break for the talisman batsman.

RCB relies heavily on the shoulders of Virat Kohli and he would aim to deliver the goods for the team. The team is yet to savour success in the IPL and Kohli would aim to turn the tables. It is also reported that RCB could take on reigning champions Mumbai Indians in the curtain raiser of the IPL.

The IPL is all set to begin from September 19 in the UAE.