Home » Cricket » IPL 2020: Openers have been batting well, we didn’t want to change that – Chris Gayle on batting at No. 3

IPL 2020: Openers have been batting well, we didn’t want to change that – Chris Gayle on batting at No. 3 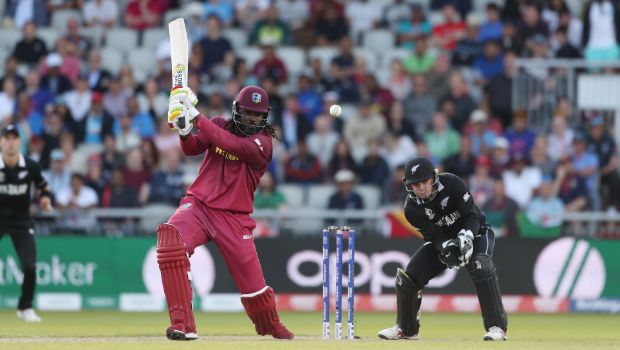 Kings XI Punjab veteran batsman Chris Gayle revealed he batted at number three against RCB on Thursday at Sharjah Cricket Stadium so that the opening partnership of KL Rahul and Mayank Agarwal didn’t get changed.

The Kings XI Punjab openers – KL Rahul and Mayank Agarwal have done the bulk of the scoring for the team and they have been brilliant at the top of the order.

In fact, Rahul and Agarwal are currently the top two run-getters of the tournament. Rahul has amassed 448 runs whereas Agarwal has scored 382 runs in eight matches.

Meanwhile, many cricket boffins thought that it was not a good decision to demote Chris Gayle at one down as he could have made better use of the powerplay conditions.

Many thought that Punjab made the same mistake as RCB after Virat Kohli and Co. decided to send AB de Villiers at number six. However, Agarwal and Rahul once again gave a good start to their team to lay down the foundation of the run chase.

Agarwal and Rahul added 78 runs for the opening alliance in which the former played the aggressor whereas Punjab captain played the second fiddle. On the other hand, Chris Gayle took some time to find his timing but he was able to get going after settling into the crease.

The Universe Boss, who has mostly opened the innings in his glorious career, scored 53 runs from 45 balls with the help of one four and five sixes in his first match of the season. Thus, the pugnacious southpaw added 93 runs with KL Rahul to help Punjab chase down the target of 172 runs.

Chris Gayle said after the match in the post-match ceremony, “The team asked me to do a job and I delivered, openers have been batting well and we didn’t want to trouble that, Mayank and the captain have given us some good starts right through, the win was more important for the team”.

It was a fine start for Chris Gayle and Punjab would be happy to finally get two points under their belt. Every match is a must-win game for KXIP and they will need to be at their best.