IPL 2020: Our best cricket should be good enough to win against Mumbai Indians – Marcus Stoinis 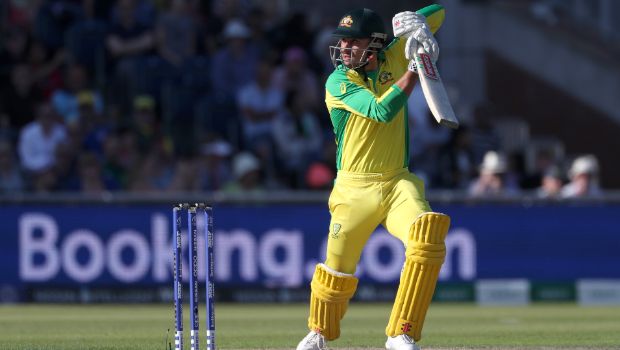 Delhi Capitals all-rounder Marcus Stoinis has been a revelation for his team in the ongoing IPL 2020. Stoinis had added the finishing touches and had also bowled crucial death overs for Shreyas Iyer.

In the second qualifier against Sunrisers Hyderabad at Sheikh Zayed Stadium, Abu Dhabi on Sunday, Stoinis was given a new role by the team management.

Stoinis was asked to open the innings and the right-hander was able to grab it with both hands. The right-hander had scored a fine knock of 65 runs against MI in the first qualifier and he had both confidence and form on his side. Furthermore, Stoinis has the experience of opening the innings for Melbourne Stars in the Big Bash League and it also helped him.

Stoinis took a little bit of time in the initial stage of his inning and then he was able to get going. The right-hander was dropped by Jason Holder when he was on three and the drop then opened the floodgates.

Stoinis took the attack to the opposition as he scored 38 runs from 27 balls with the help of five fours and one six. The right-hander was given a send-off by Rashid Khan after he was bowled however Stoinis was able to give it back.

Stoinis then provided two more wickets in the powerplay overs to put DC right on top. The right-arm medium pacer dismissed Priyam Garg and Manish Pandey in the same over and then got the important wicket of Kane Williamson, who was threatening to take the game away from DC.

Thus, Stoinis came up with an all-round performance against SRH and he was awarded the Player of the match. Marcus Stoinis is aware that they will face a stiff challenge against Mumbai Indians, who have been the most consistent team in the IPL. Furthermore, MI have defeated DC in all the three encounters of IPL 2020.

Marcus Stoinis said in the post-match ceremony, “Have done it in the BBL for a couple of seasons (opening the batting) so it was nice to get an opportunity. Never know what it’s going to be like early. There was swing early on. So had a bit of a look at it before having a crack. Have played quite a bit of IPL, but this is my first final. It’s been hard with quarantine but a bit of silverware is good motivation. MI are a very good team. Have played consistently. But they’re due an off game. Our best cricket should be good enough to win”.

Stoinis has scored 352 runs in 16 matches at an average of 27.07 and a blistering strike rate of 149.05. DC will face MI in the final of IPL 2020 at Dubai International Cricket Stadium on Tuesday.