IPL 2020: Our goal was to take the match deep – Rahul Tewatia 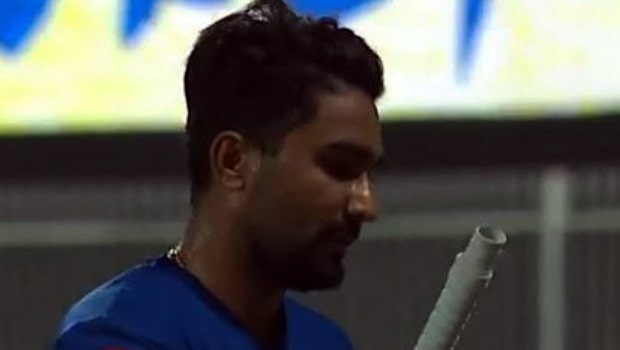 Rajasthan Royals all-rounder Rahul Tewatia has blossomed under pressure in the ongoing Indian Premier League 2020. Tewatia had pulled off an almost impossible  run chase against Kings XI Punjab when he had struck 53 runs from 31 balls after smashing Sheldon Cottrell for five sixes in an over.

Rajasthan Royals were once again down and out during their run chase against Sunrisers Hyderabad at Dubai International Cricket Stadium on Sunday. RR were reeling at 78-5 in 12 overs when Tewatia joined forces with Riyan Parag, in a quest to chase down 159 runs.

The message was clear from Rahul Tewatia – ‘Let’s take it deep and see how it goes’. RR was able to take it deep but it looked like they had left too many to get in the final four overs as they required 54 runs. Furthermore, SRH had one over each left of Rashid Khan and T Natarajan, who has impressed with his yorkers.

However, Parag and Tewatia kept their calm and added a match winning alliance of 85 runs from 47 balls. Both the right-handers changed gears at the right time and scored their runs all around the ground.

18 runs were scored off the 17th over bowled by Sandeep Sharma whereas Tewatia smashed three boundaries off Rashid Khan’s over to swing things in RR’s favour. Tewatia scored 45 from 28 balls with the help of four fours and two sixes whereas Parag, who received reprieve from Priyam Garg, scored 42 runs from 26 balls.

Rahul Tewatia who was awarded the Player of the match, said in the post-match ceremony, “My role has been clear from the start. I had been batting well so I had the confidence. When I went in, I told Riyan that the wicket was slow, and taking the match deep is the better option. Even if we had 55 or 60 to get in the final four overs, we had a chance because we’re both good power-hitters. There was no point throwing our wickets due to the climbing run rate – when seven overs were left – so our goal was to take it deep”.

Tewatia has grown in confidence after his knock against KXIP and he once again helped his team secure two points. It was a much needed win for RR as they had lost their previous four matches. RR have now won three matches out of the seven they have played.