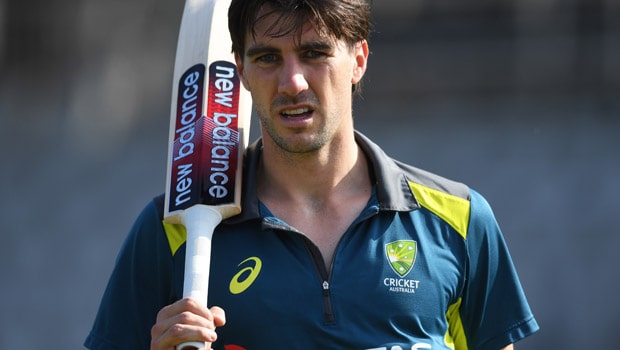 Kolkata Knight Riders gun pacer Pat Cummins heaped praise on the collective bowling effort of his team against Sunrisers Hyderabad at Sheikh Zayed Stadium, Abu Dhabi on Saturday. KKR restricted SRH to a meagre score of 142 runs as they bowled a tight line and length to keep the opposition batsmen at bay.

In fact, SRH lost only four wickets in their batting innings but their batsmen could find the impetus to get going. Cummins, who had come under the scanner for his expensive spell of 49 runs in three overs against Mumbai Indians, was at his absolute best and showed why he is a world class bowler.

Cummins bowled with fire against SRH as he scalped one crucial wicket of Jonny Bairstow and conceded only 19 runs in his quota of four overs. Cummins was backed by KKR skipper Dinesh Karthik after his dismal performance against MI and he was able to prove his mettle against SRH.

On the other hand, Varun Chakaravarthy, who has a plethora of variations under his repertoire impressed with his performance, as he took the imperative wicket of David Warner and conceded only 25 runs in his allotted four overs.

“Great feeling on the side after gaining our first win. I had a great training session one day before the match, the rhythm felt good and for the past few days, the talks between the coaches and Dinesh Karthik have been positive. I had a lot of confidence going out there,” Cummins told Shubman Gill in a video posted on iplt20.com.

“Warner and Bairstow are classy players, once they get in, it’s hard to dismiss him. Fortunately, I got one wicket. The performance from the entire bowling group was great,” he added.

KKR would aim to continue their good show in the upcoming matches. Cummins would have gained his confidence back after his impressive performance against SRH. The Australian was at his best and he is going to hold the key for KKR.

The ace paceman is the most experienced fast bowler in KKR unit and he can guide youngsters like Shivam Mavi, Kamlesh Nagarkoti, Sandeep Warrier and Prasidh Krishna on the right track.

KKR will play their next match against Rajasthan Royals on 30th September at Dubai International Stadium.