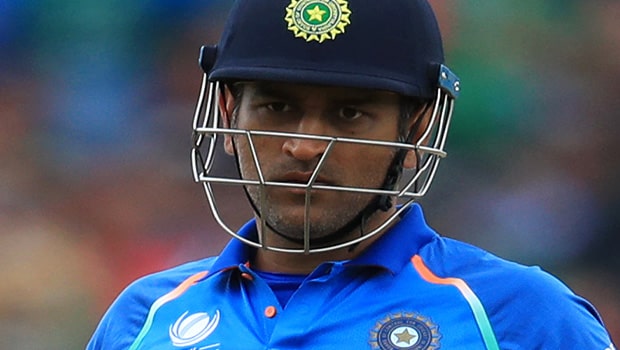 Chennai Super Kings skipper MS Dhoni has given a message to his batsmen to play the big shots to keep the required run rate in check. It is noticed that Chennai are leaving too many runs to get in the death overs and they are going at a snail’s pace in the middle overs. Dhoni feels it is better to go for the big shots and if the batsmen gets dismissed, it is fine.

Dhoni added they are leaving to do many runs to get in the death overs, which is building the pressure on the lower order batsmen. The CSK batsmen haven’t been able to hit the ground running and they are not able to score freely.

In fact, Dhoni has been himself under the radar for his mundane performances in the tournament. There are always high expectations from a big player like MS but he is playing after a long gap of 14 months. Dhoni is known to take his time before launching his attack on the opposition and he hasn’t been able to add the finishing touches so far.

However, Dhoni’s intent to go after the bowling was right as soon as he had come out to bat against RCB. But Dhoni was dismissed after scoring only 10 runs.

Meanwhile, Ambati Rayudu could not get going as he laboured to 42 runs from 40 balls. Furthermore, N Jagadeesan, who was making his debut, scored 33 runs from 28 balls. The pair added 64 runs for CSK but they also consumed 52 balls in the process. Thus, once again the required run rate was shooting through the roof for the franchise.

The middle order batsmen will need to take more responsibility and they will have to bat aggressively, so that the pressure does not continue to grow. In fact, surprisingly CSK batsmen have not shown the intent to hit the big shots despite a high required run-rate.

The bowlers have done a decent job for CSK but their batsmen have let the team down. Ergo, they will need to turn the tables in the coming matches.

“Batting has been a bit of a worry and today also it was evident. We need to do something about it. We can’t just keep turning up.. it is almost the same thing that is happening maybe the individuals are different but I think we are better off playing the other way round – play the big shots and even if you get out it is fine because we can’t leave too many after the 15th or 16th over that just puts too much pressure on the lower order batsmen,” MS Dhoni said after the game.

CSK will next play SRH at Dubai International Cricket Stadium on 13th October.