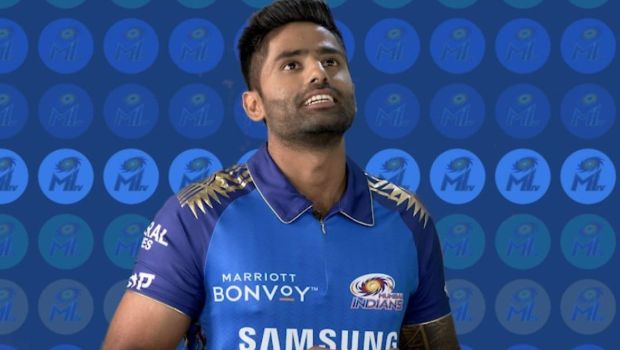 Mumbai Indians talisman batsman Suryakumar Yadav is delighted after he finished the game for his team against Royal Challengers Bangalore at Sheikh Zayed Stadium, Abu Dhabi on Wednesday.

Yadav scored an unbeaten knock of 79 runs off 43 balls with the help of 10 fours and three sixes to take his team over the line.

Mumbai Indians had to chase down a tricky target of 165 and Yadav played an instrumental role in getting his team home. The Mumbai batsman recently didn’t get a place in the Indian T20I squad for the upcoming tour of Australia and he let his bat do all the talking for him. In fact, a lot of cricket boffins believe that he should have been on that flight to Australia.

MI was in some kind of trouble but Suryakumar Yadav scored his runs at a strike rate of 183.72. Thus, the right-hander didn’t let the required run rate to go high. It was a complete knock from SKY as he also finished off the game for his team. He showed the maturity in his game to go all the way.

Yadav revealed that he worked on his game during the lockdown and he is reaping rewards for the same. The linchpin also added that the team management has shown the faith in him to finish off the games for the team.

Suryakumar Yadav said in the post-match ceremony, “I was looking to finish the game. I was looking to learn what my game is. Happy to have finished it. Lot of meditation has helped. One over cover to Chahal and the back foot punch off Steyn were my favorites. I have worked on my game during the lockdown. I used to love playing on the on-side before. Pleased to have finished the game. The team management and Rohit told me before the start of the tournament that you have played enough to take the game deep. I am glad I have been able to do it”.

Yadav timed the ball to perfection and his placement was impeccable. The right-hander completed his fifty off 29 balls and this was his 10th fifty in the IPL. Ergo, the 30-year old batsman has been a consistent performer in the IPL for Mumbai Indians.

Mumbai Indians have almost qualified for the playoff stages and they will look to continue the good show. MI have 16 points after 12 matches as they have won eight games. The defending champions will next face Delhi Capitals at Dubai International Cricket Stadium on 31st October.