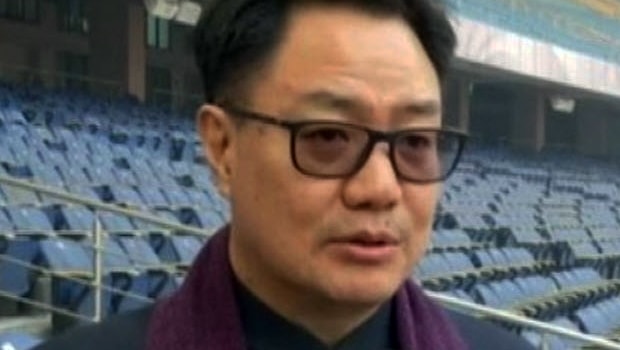 The future of the Indian Premier League is not clear amid the coronavirus outbreak. One of the BCCI officials has confirmed that it is possible to host the tournament even if it starts in the first week of May. The competition was slated to begin from March 29 but it was postponed to April 15.

There is no doubt that the forthcoming edition of the Indian Premier League will be a truncated one, as it was even suggested by BCCI president Sourav Ganguly. Meanwhile, the second edition of the Indian Premier League was moved to South Africa due to general elections in the country. The whole tournament was completed in only 37 days and there were 59 matches in it.

The BCCI official stated the latest they can wait is the end of April but it will be difficult to host the tournament after it. On the other hand, the Indian government has put a fresh restriction on the foreign visa till April 15. Thus, the foreign players can not travel to India before it.

India’s sports minister Kiren Rijiju recently said that the fate of the IPL can be decided after April 15.

“The latest we can wait is till the end of April. If the first game isn’t played by the first week of May then it will be almost impossible to have the league this year. Even if we have to wait till the end of April to follow all the procedures, we can take a cue from the South Africa edition and conduct the league successfully. If you remember, that was the shortest IPL with 59 games played over 37 days and we can do the same. But certain measures will have to be taken,” the official said as quoted by IANS.

On the other hand, the travel within India has been put on hold by the Indian government. Many states have decided to lockdown and it will take some time for the situation to improve. In such a scenario, travelling a lot will not be an option in the IPL.

Ergo, it can be possible that a state like Maharashtra, which has three stadiums, will host almost all the matches of the tournament. However, the Indian government must give a green signal to the BCCI if the situation improves.

“You cannot travel around the country in such a scenario. If we get the necessary permissions, we will have to stick to a place like Maharashtra where we have three stadiums in Mumbai and a stadium in Pune. I am sure this will then help us ensure that teams not only get fresh wickets to play, but also there is minimal travel involved. But before that, the government must deem it fit to organise tournaments. Public and player safety is the priority as the BCCI President has time and again said,” the official explained.

It would be interesting to note what will BCCI decide in the upcoming future. BCCI president Sourav Ganguly had earlier stated that the safety of the people is of utmost importance and the decision will be taken keeping in mind the present situation.