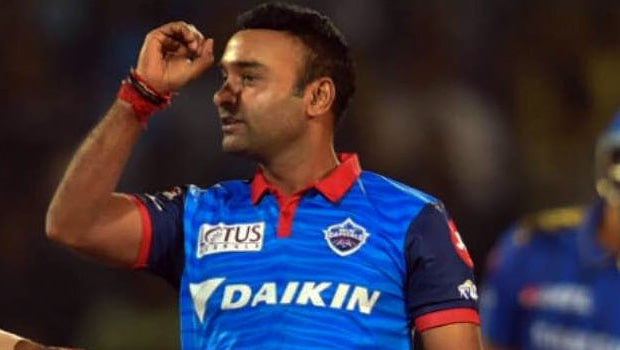 Delhi Capitals have announced that Karnataka leg-spinner Pravin Dubey will replace injured Amit Mishra in the ongoing Indian Premier League 2020. Dubey is currently in the UAE as he was selected as a net bowler by Royal Challengers Bangalore.

The leg-spinner was picked by RCB in the IPL 2016 auctions for INR 35 lakhs but he didn’t get any opportunities in the final XI and he was released by the franchise after two seasons.

Meanwhile, the 27-year old spinner has been a consistent performer in the Karnataka Premier League. The leg-spinner had a breakthrough KPL season in 2015-16 when he scalped eight wickets while playing for Belgavi Panthers. He conceded his runs at a miser economy rate of 6.89.

Dubey has represented Karnataka in Syed Mushtaq Ali Trophy and he has taken 16 wickets at an average of 19.12 in the T20 format. His best performance in the shortest format came against Tamil Nadu when he returned with figures of 4-19 in the 2017-18 season. The leg-spinner has also featured in a solitary first-class match and has played eight List A matches for Karnataka.

Meanwhile, Amit Mishra was ruled out of the tournament after sustaining a flexor tendon injury in his ring finger of his bowling arm. The veteran spinner had dived to his right in an attempt to take Nitish Rana’s catch during the clash against Kolkata Knight Riders. Thus, the experienced spinner had to undergo the knife and he is recuperating at the moment.

Amit Mishra’s injury was a major blow for Delhi Capitals as he is the second highest wicket-taker in the IPL. Mishra has snared 160 IPL wickets in 150 matches. In the absence of Mishra, DC have backed Axar Patel, who has also done a fine job with both bat as well as the ball.

Delhi Capitals fast bowler Ishant Sharma has also been ruled out of the ongoing IPL 2020 due to muscle tear and he could only play a one match in the season.

Delhi Capitals is at the top of the points table as they have won seven matches out of the nine they have played.