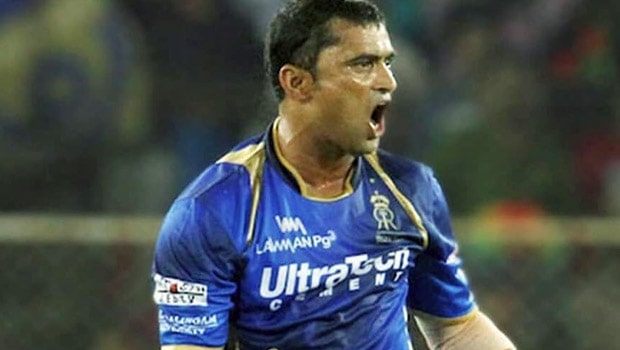 Kolkata Knight Riders have roped in 48-years Pravin Tambe to be part of their coaching staff, which would be headed by former Kiwis skipper Brendan McCullum. Tambe recently played for Trinbago Knight Riders, who won 12 matches on the trot to be crowned as the Caribbean Premier League champions for the fourth time.

Tambe could only get three wickets in the three matches he played for the Kieron Pollard-led team. However, Tambe has always impressed with his passion for the game and he is still going strong despite being 48 years old.

Meanwhile, Tambe was roped in by KKR for his base price of INR 20 lakhs at the IPL 2020 auctions. However, the leg-spinner from Mumbai was banned from playing in the IPL by the Board of Control for Cricket in India as he took part in the T10 league in Abu Dhabi.

According to the BCCI protocols, no players can ply their trade in foreign T20 leagues before taking retirement from all forms of the game. Subsequently, Tambe went on to play for TKR, becoming the first Indian player to play in the CPL.

KKR CEO Venky Mysore confirmed that Tambe will be part of the team and he will help the team in preparing for the upcoming season. Tambe is a revelation at his age and Mysore is delighted to have him on board.

“Pravin Tambe has been a revelation, again. For some like Tambe, at his age and this stage of his career, using the word revelation is a bit strange. But every time he gets on the field, even when he doesn’t, when he is not playing, he is the first out, running with drinks, saying something, coming to the boundary line, dropping off drinks and having a word of encouragement,” Mysore said.

“On popular demand, it was decided that he should come and join just here and be part of the set-up and help the team. Some of the enthusiasm he brings is unbelievable.”

Meanwhile, Pravin Tambe first hogged the limelight back in 2013 when he became the oldest player to play in the IPL at the age of 41 years when he represented Rajasthan Royals. Subsequently, he also went on to play for Sunrisers Hyderabad and Gujarat Lions in the IPL.

The leg-spinner has scalped 28 wickets in 33 IPL matches. Consequently, Tambe will like to guide KKR’s spinners on the right path to success and make the most of his experience.