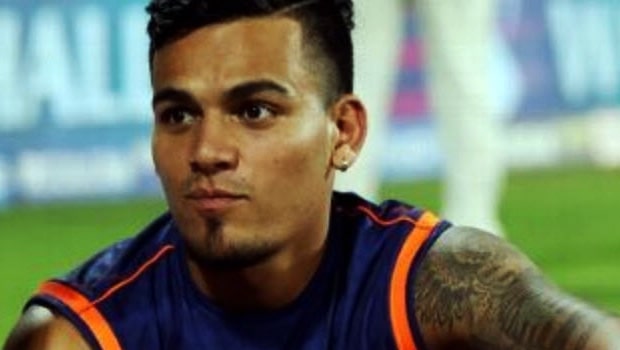 Mumbai Indians leg-spinner Rahul Chahar has revealed his bowling plans against Kings XI Punjab in the 13th match of the IPL 2020 at Sheikh Zayed Stadium, Abu Dhabi on Thursday. The leg-spinner got the turn from the surface and he was able to breathe down the neck of the opposition batsmen.

Chahar scalped two crucial wickets of KL Rahul and Glenn Maxwell and conceded only 26 runs in his quota of four overs. The leg-spinner stated that the plan was to bowl economically in the beginning and build pressure on the opposition. Chahar bowled in the right areas and he was able to get the rewards.

Chahar was able to strike on the first ball of his second over when KL Rahul tried to play a paddle sweep against the spinner. Subsequently, he took the crucial wicket of Glenn Maxwell, who was struggling to find his timing and made 11 from 18 balls he faced.

MI was able to get on top after the powerplay overs as they scalped two wickets and conceded only 41 runs. Thus, there was not a lot of pressure when Rahul came out to bowl in the seventh over.

“They have the freedom to bowl without any pressure, go for wickets, use their variations and those early wickets did exactly that for me. I didn’t have any pressure and I could bowl attacking lines from the start.”

“So initially my plan was to stop the run flow and pressure will mount and I will get wickets naturally and also in between, I was going for the wickets trying to flight the ball,” said Rahul Chahar on his spell of 2-26 in four overs.

Chahar has done a fine job for Mumbai Indians thus far as he has snared six wickets in the four matches he has played. The leg-spinner has bowled with an impressive average of 19.83 and he is currently the third-highest wicket-taker in the tournament.

The leg-spinner would like to continue his good show in the upcoming matches. Chahar has done a fine job for Mumbai Indians and he has supported the fast bowlers. On the other hand, Krunal Pandya also scalped a wicket and conceded only 27 runs in his four overs.

Mumbai Indians will play their next match against Sunrisers Hyderabad at Sharjah Cricket Stadium on 4th October.