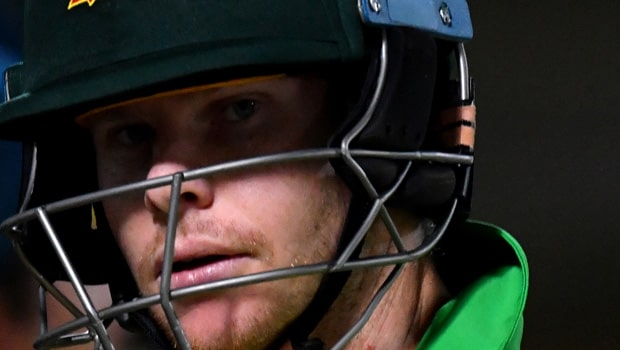 Rajasthan Royals skipper Steven Smith praised young guns Riyan Parag and Rahul Tewatia for their match winning partnership of 85 runs off 47 balls against Sunrisers Hyderabad at Dubai International Cricket Stadium on Sunday. RR had their back against the wall as they were tottering and required 54 runs off the last four overs.

Parag and Tewatia were able to change gears as they took the attack to the opposition. 18 runs were scored off the 17th over bowled by Sandeep Sharma whereas Tewatia was able to take the attack against SRH’s best bowler, Rashid Khan. Tewatia smashed three fours of Rashid Khan’s final over to put RR on top.

On the other hand, Riyan Parag was also able to get back in form as he scored 42 runs from 26 balls. Tewatia once again shone in RR’s run-chase as he smashed 45 runs from 28 balls with the help of four fours and two maximums.

RR was behind the eight-ball however Tewatia and Parag were able to keep their team in the hunt. SRH missed a crucial opportunity when Priyam Garg dropped Riyan Parag’s catch when the right-hander was only on 12 runs.

Parag then timed the ball to perfection whereas Tewatia once again impressed with his pyrotechnics. It was a much needed win for Rajasthan Royals as they had lost their last four matches.

Steven Smith said while talking in the post-match ceremony, “I thought Rahul and Riyan as a young kid showed great composure. Stokesy obviously didn’t come off tonight. Our top four didn’t fire, but today showed our depth. I don’t think it was the easiest wicket and the square boundaries are quite big too. So great composure from Parag. Proud that he could come back in and score some runs straight up”.

This win must have added a shot in the arm for Rajasthan Royals. Ben Stokes played his first match of the tournament but he could not make a big impact. Furthermore, RR’s best three batsmen – Jos Buttler, Sanju Samson and Steven Smith were dismissed cheaply and thus the onus of taking the team over the line was on the shoulders of inexperienced batsmen.

Rahul Tewatia and Riyan Parag were able to put their hand up and took their team to a thumping win of five wickets. RR will next play DC on 14th October at Dubai International Stadium.