Home » Cricket » IPL 2020: Rahul Tewatia was hitting the ball in the nets as he did in Sheldon Cottrell’s over – Steve Smith 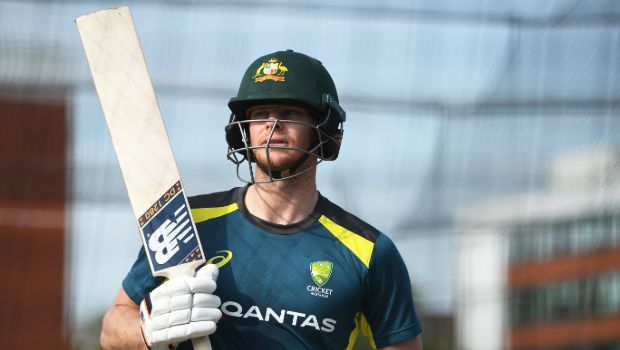 All is well, that ends well. Rajasthan Royals skipper Steven Smith has revealed why Rahul Tewatia was promoted in the batting order as a pinch hitter.

Smith stated that the southpaw was hitting the ball sweetly in the nets as he did in the Sheldon Cottrell’s over. Royals’ decision to promote Tewatia seemed to have backfired in the initial stage but the left-hander was able to get his team back in the contest.

The southpaw was struggling to get going as he scored only eight runs off 19 balls. The match was slipping away from Rajasthan Royals as the required run rate was more than 15. However, it was the 18th over, which helped Tewatia get his confidence back. The left-hander hammered five sixes against Sheldon Cottrell to turn the match on its head.

In fact, Tewatia’s batting promotion was questioned by the commentators and they thought that the team management had made a blunder in promoting Rahul Tewatia. However, it turned out well for Rajasthan Royals in the end.

Steven Smith said while talking in the post-match ceremony, “That was some chase! Tewatia, that was some sort of display against Cottrell. We got an idea about the conditions here in the last game. It’s a small ground, we always thought if we have wickets in the shed we always have a chance. Samson is hitting sixes at will at the moment. We saw in the nets that he (Tewatia) was hitting the ball like he did in that over to Cottrell. Credit to him. Three sixes off Cottrell would have got us back in that game, that’s great self-belief”.

Meanwhile, Steven Smith also played a crucial knock of 50 runs off just 27 balls to help his team get off to a good start. Sanju Samson was once again brilliant with the bat as the flamboyant batsman smacked 85 off just 42 balls with the help of four fours and seven sixes.

It was a perfect turnaround and Rahul Tewatia deserves all the credit for not throwing in the towel. The southpaw kept the belief in himself and helped his team get over the line. The Royals have won both their matches to sit at the second position in the points table and they would aim to continue their good form.