IPL 2020: Rashid Khan dedicates Man of the match award to his late parents 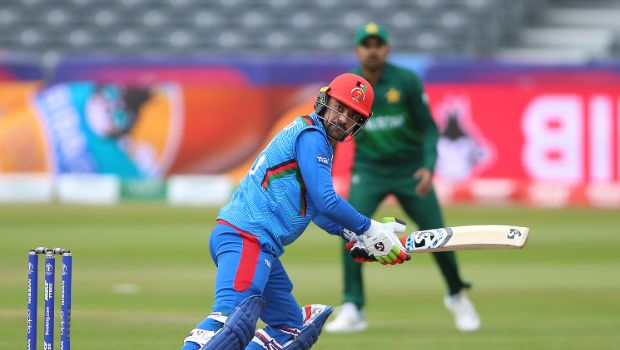 Rashid, who is the number one bowler in the T20 format, bowled a match winning spell for his team against Delhi Capitals at Sheikh Zayed Stadium on Tuesday. Thus, he played a crucial role in his team’s maiden win of the season as they won by 15 runs.

Rashid scalped three wickets and conceded only 14 runs in his quota of four overs. The linchpin was right on the money with his bowling and bamboozled the opposition batsmen.

Meanwhile, it has been a tough last couple of years for Rashid. First his Father expired and then his Mother also died. Rashid admitted that it took him some time to make a comeback.

Rashid was able to straight away create an impact as he struck on his second ball to dismiss Delhi Capitals captain Shreyas Iyer. The leg-spinner bowled quicker through the air and kept the opposition batsmen on leash. The Afghanistan spinner then scalped crucial wickets of Shikhar Dhawan and Rishabh Pant to help SRH get on top.

“Tough one-and-a-half year. First I lost my dad, then my mom three-four months ago. She was my biggest fan. This award goes to them. when I sued to win an award, the whole night she used to talk to me. Tough times,” Rashid Khan said in the post-match presentation ceremony.

On the other hand, Rashid Khan revealed that SRH captain David Warner always backs him to the hilt, which helps in getting the best out of himself. The leg-spinner added that he doesn’t take unnecessary pressure on his shoulders that he has to create an impact and he tries to follow the basics.

“When I bowled the first ball, I knew if I bowl quicker and harder, you could get a turn. Then you have to bowl the length, a bit back of a length. The captain always backs me, and he tells me you know better. So he tells me, let me know what you want. Only If things are not going my way do you go to ask the captain what to do?” Rashid added.

Rashid Khan is a crucial bowler for SRH and he would need to be at his best if the team is to savour success in the ongoing edition. SRH will play their next match against Chennai Super Kings at Dubai International Cricket Stadium on 2nd October.