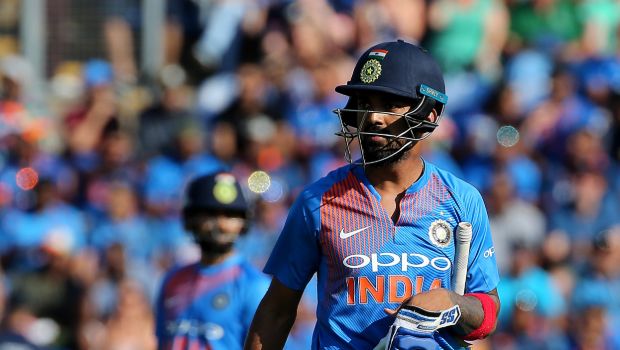 Kings XI Punjab captain KL Rahul is all impressed by rookie leg-spinner Ravi Bishnoi. The 20-year old greenhorn spinner from Jodhpur has shown the skills to go a long way in his career.

Rahul stated that the youngster has got a lot of fight in him and he wants to do well everytime he is given the responsibility to bowl.

Bishnoi, who impressed one and all with his performances in the Under-19 2020 World Cup, made a fine start to his IPL campaign as he scalped one wicket and conceded only 22 runs against Delhi Capitals.

Bishnoi took his performance one notch higher in the game against Royal Challengers Bangalore as he snared three wickets for 32 runs in his allotted four overs. The leg-spinner also took the big wicket of Australian limited overs captain, Aaron Finch as he clean bowled him.

KL Rahul said in the post-match ceremony, “Something that has impressed me in him (Bishnoi’s heart of coming back even after an expensive start). I watched the U-19 World Cup. He has a lot of fight in him. Every time I throw the ball he wants to do well, he was a little nervous bowling at guys like Finchy and AB, once he got through that he did well”.

Meanwhile, the IPL has always given the opportunity to the young talent to showcase their skills and Bishnoi is making the most of his chances.

Ravi Bishnoi was roped in by Kings XI Punjab for INR 2 crores. The leg-spinner had impressed with his skills and ended the 2020 Under-19 World Cup as the highest wicket-taker with 17 wickets in six matches at a fine average of 10.65.

Bishnoi would aim to continue his good form going in the IPL and he can play a crucial role for KXIP. Furthermore, Bishnoi can learn a lot from KXIP head coach Anil Kumble, who has all the experience under his belt.

On the other hand, KL Rahul was at his absolute best as he hammered 132 runs off just 69 balls to take KXIP to 206 runs. Consequently, RCB were bundled out for 109 runs and Punjab won by a mammoth margin of 97 runs.

KXIP will play their next match of IPL 2020 against Rajasthan Royals at Sharjah Cricket Stadium on 27th September.