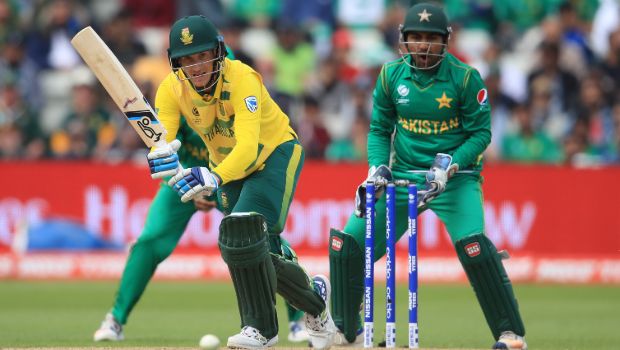 Morris has missed the first three matches of the IPL due to side strain which he suffered during the training session.

RCB have struggled with their death bowling and Morris has the skills to put paid to their bowling woes. The team conceded 74 runs in the last four overs against Kings XI Punjab. In fact, Kohli was not left with any option and gave the 20th over of the innings to Shivam Dube, who leaked 23 runs.

It was a similar story in the match against defending champions Mumbai Indians as they leaked 89 runs in the last five overs. Meanwhile, Morris has the skills to hit the blockhole consistently and he can turn the tables for RCB.

Furthermore, the right-hander from South Africa, can add the finishing touches with the bat for RCB. Overall, Morris has scored 517 runs in 61 IPL matches at an average of 27.21 and a whirlwind strike rate of 157.62.

“I think RCB will get better as soon as Morris comes in. I see Morris coming in, Steyn going out, and they are settled. They have a better team, they have better batsmen and are not just entirely dependent on AB de Villiers or Virat Kohli this year. They have Aaron Finch, Padikkal did well, and they will sort out their middle order,” Irfan Pathan said in Star Sports Cricket Connected.

On the other hand, Irfan Pathan revealed that he doesn’t want Shivam Dube to bowl in the death overs. Pathan feels Navdeep Saini, who has impressed with his skills to hit the yorkers, should bowl at least two overs in the fag end of the innings.

Meanwhile, RCB have had a decent start to the IPL 2020 campaign as they have won two matches out of the three they have played in the tourney thus far. Thus, they would aim to continue the good show.

RCB will play their next game against Rajasthan Royals at Sheikh Zayed Stadium, Abu Dhabi on 3rd October.