Home » Cricket » IPL 2020: RCB’s playing group not content with where they are currently at – Simon Katich

IPL 2020: RCB’s playing group not content with where they are currently at – Simon Katich 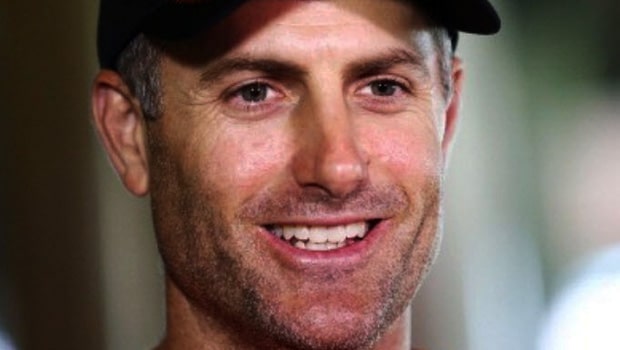 Royal Challengers Bangalore head coach Simon Katich has revealed that the team is not satisfied with where they are currently in the ongoing season of the IPL 2020. RCB has had a great start to the season as they have won five matches out of the seven they have played and they are currently at the third position in the points table.

However, Katich has confirmed that the team will not take things lightly and they are not going to take their foot off the pedal. The momentum plays a crucial role in the success of the team in the T20 format and RCB would not like to take things for granted.

In fact, RCB skipper Virat Kohli is always known to give 120% on the field and there is no way he would allow any kind of complacency in the upcoming matches. RCB is yet to confirm their playoffs berth and it is pivotal that they continue in the same fashion.

The Men in Red will aim to make the most of their good form and continue the winning momentum. The team has come up with a collective effort so far and the job is not yet done.

“Every game is important, it is going to be a tight competition like it always is. Anyone can beat anyone on a given day, we want to make the most of this momentum we have built and the hard work we have done at this stage. I don’t think our playing group is content with where we are at the moment, we haven’t qualified for anything, we haven’t won anything, it is a case of building and keeping the confidence going,” said Katich in a video posted on the official Twitter handle of RCB.

RCB is yet to savour success in the IPL despite making it to the three finals. However, the team has the right balance in the ongoing season. RCB is also boosted by the addition of Chris Morris, who has added value to the team with his accurate bowling. The South African all-rounder has scalped four wickets in two matches.

On the other hand, Devdutt Padikkal, Aaron Finch, Virat Kohli and AB de Villiers have shown great form with the bat. Padikkal and Finch have provided good starts to the team whereas Kohli and AB have been brilliant in the middle order. Furthermore, Yuzvendra Chahal, Washtington Sundar and Navdeep Saini have done a fine job.

RCB will play their eight match of the season against KXIP at Sharjah on 15th October.