IPL 2020: Rishabh Pant is fit, likely to play against KXIP 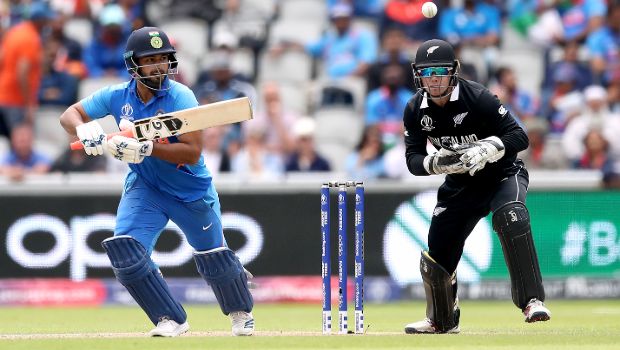 Delhi Capitals has received a major boost as Rishabh Pant has regained fitness and he is likely to play against Kings XI Punjab at Dubai International Cricket Stadium on 20th October.

Pant has missed the last three matches for the team as he had suffered a Grade 1 tear while playing against Rajasthan Royals at Sharjah Cricket Stadium.

Since then, Australia’s wicket-keeper batsman Alex Carey has replaced Pant in the final XI but he hasn’t been able to get going. Pant has been in sublime form in the ongoing season and he had provided the finishing touches to the team.

Pant has scored 176 runs in six matches of the ongoing season at an impressive average of 35.20 and a strike rate of 133.33. Thus, his return to the playing XI will give a shot in the arm to the team.

Speaking to ANI, a DC team source confirmed that Pant has been working with the physio on his hamstring and he is fit to go. Hence, Pant is likely to play against Kings XI Punjab on Tuesday.

Pant had looked in discomfort while keeping against Rajasthan Royals. The wicket-keeper suffered the injury when he ran towards the mid-wicket area to stop a quick single early on in the innings. The injury aggravated when Pant tried to catch the ball off Varun Aaron’s bat.

“He has been working closely with the physio and trainer and has completed sessions without any trouble and is fit. A final call is expected to be taken before toss but Pant is likely to play against Punjab,” the source said.

On the other hand, Delhi Capitals are at the top of the points table as they have won seven matches out of the nine they have played. They have 14 points under their belt and they look all set to qualify for the playoff stages.

Delhi have thus far come up with collective effort and they will look to continue the same form. The Shreyas Iyer led team has ticked the right boxes and they are a force to reckon with in the ongoing season.