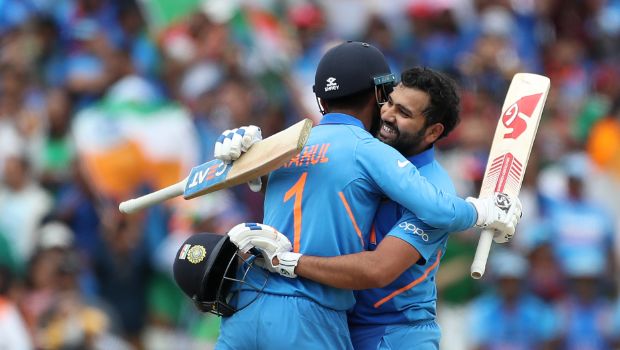 MI chased down the target of 157 runs with ease after Rohit Sharma scored a match winning knock of 68 runs from 51 balls with the help of five fours and four sixes.

Ergo, MI have strengthened their lead as they now have five titles under their belt, two more than the second placed Chennai Super Kings. MI dominated throughout the competition as they came up with collective efforts with both bat and ball.

The Rohit Sharma-led team ticked the right boxes throughout the tournament. MI also became the second team after CSK to defend their title in the IPL. CSK had done the same in 2010 and 2011. Furthermore, this is the first time when MI have won the title in an even year.

Meanwhile, MI skipper Rohit Sharma wrote his name in the history books as he became the first captain to score two fifties in the IPL final. Earlier, Rohit had scored 50 runs from 26 balls in the IPL 2015 final against arch-rivals CSK.

However, Rohit couldn’t go past David Warner’s record of the highest score as a captain in the final of the IPL. Warner had scored 69 runs against RCB back in the IPL 2016 final and thus Rohit missed that record by a whisker.

Meanwhile, Delhi Capitals skipper Shreyas Iyer also got back into form and scored a fine knock of 65 runs and leapfrogged MS Dhoni’s knock of unbeaten 63 in the IPL 2013 final. Thus, Iyer has taken the third position in the list of highest scores in an IPL final by a captain.

On the other hand, Mumbai Indians were once again brilliant in the all-important final. MI gun fast bowler Trent Boult scalped three wickets and played a crucial role in putting his team on top. Consequently, the New Zealander was awarded the Player of the match.