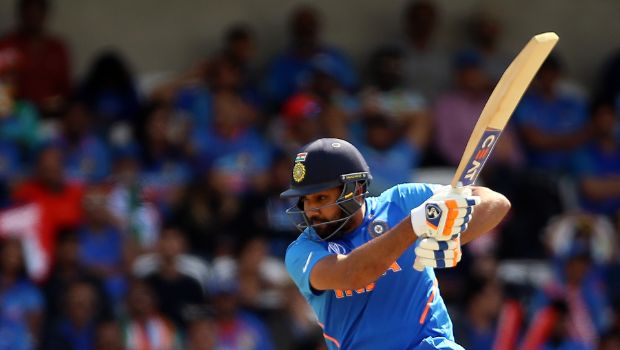 Before the match against Kings XI Punjab at Sheikh Zayed Stadium, Abu Dhabi, Rohit was only two runs short of the landmark.

Kohli is the leading run-getter of the IPL as he has amassed 5430 runs in 180 IPL matches. Suresh Raina, who has been a consistent performer in the IPL for CSK, is the second highest run-getter as he scored 5368 runs in the IPL. Kohli is not in the best of forms in the IPL whereas Raina had earlier pulled out of the tournament due to personal reasons.

Rohit was at his absolute best against KXIP as he scored a fine knock of 70 runs off just 45 balls. As usual, the MI captain took his team in the initial stage of his innings and then launched his attack against the opposition bowlers as he smashed eight fours and three maximums.

Thus, he played a crucial role in helping his team post a par score of 191 runs after KXIP captain KL Rahul won the toss and decided to bowl first.

Kieron Pollard and Hardik Pandya added the finishing touches for the defending champions as they scored 20-ball 47 and 11-ball 31 respectively.

On the other hand, Mumbai once again came up with a collective bowling effort as James Pattinson, Jasprit Bumrah and Rahul Chahar scalped two wickets each to restrict Punjab to 143 runs. Thus, the reigning champions won their second match of the season convincingly by 48 runs.

Rohit Sharma will aim to take his team to the fifth title in the IPL. Mumbai Indians will next play Sunrisers Hyderabad at Sharjah Cricket Stadium on 4th October.