Home » Cricket » IPL 2020: Rohit Sharma can score around 500 runs if he opens the innings – Aakash Chopra

IPL 2020: Rohit Sharma can score around 500 runs if he opens the innings – Aakash Chopra 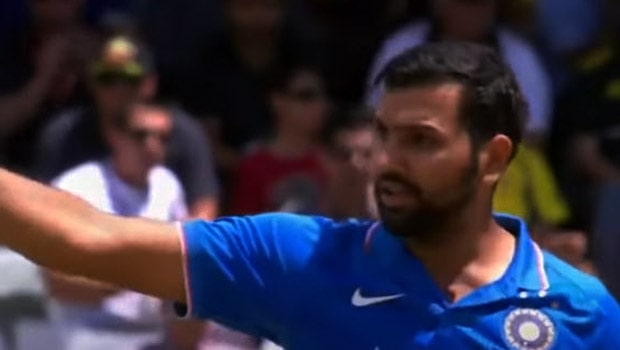 Former Indian opener and now commentator Aakash Chopra feels Mumbai Indians skipper Rohit Sharma can score around 500 runs if he opens the innings in the upcoming season of the IPL 2020. Rohit is expected to open the innings with South Africa’s wicket-keeper batsman Quinton de Kock.

Rohit had also opened the innings in the previous season but he didn’t have a great tournament by his standards as he scored 405 runs in 15 matches at an average of 28.92. However, Rohit was in sublime form before the lockdown and he would aim to resume at the same note.

Rohit has the skills to get going from the word go and he can take the game away from the opposition if he goes on to bat 10 overs in a T20 game. The MI captain can also make use of the powerplay conditions. Rohit’s batting is all about timing the ball and he is a treat to the eyes if he gets going.

Rohit has a penchant of scoring big scores and he can blow away the opposition with the help of his pyrotechnics. The flamboyant batsman has savoured great success while opening the innings in the limited overs format in the last seven years.

Overall, he has amassed 4898 runs in 188 IPL matches and he would aim to be at the top of his game for the defending champions. Rohit has been instrumental in the success of MI both as a captain as well as a leader. The MI captain is the most successful leader in the IPL as he has won four titles.

Aakash Chopra is backing Rohit Sharma to be Mumbai Indians’ protector for the season. Chopra has no doubt that Rohit will do well if he opens the innings for MI.

“Last year when MI had won the IPL, five players had scored above 400 runs from their squad. That is exactly what they need this year too,” he further added.

Rohit will aim to deliver the goods for Mumbai Indians. The right-hander has done a fine job for MI. The defending champions will play the opening match against Chennai Super Kings at Sheikh Zayed Stadium in Abu Dhabi on 19th September.