IPL 2020: Rohit Sharma has always given me freedom – Jasprit Bumrah 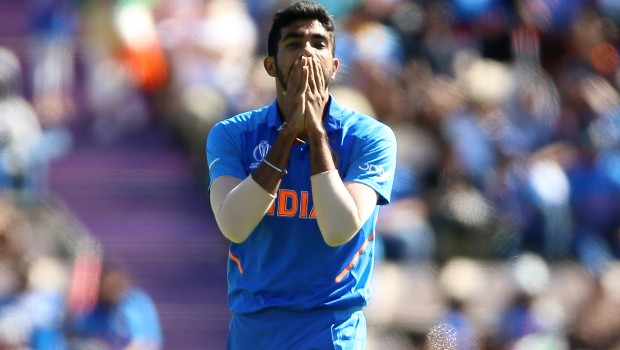 Mumbai Indians pack leader Jasprit Bumrah has heaped praise on his skipper Rohit Sharma. Bumrah revealed that Rohit has always given him the freedom as a bowler to bowl according to his strengths. The gun fast bowler added Rohit allows you back yourself irrespective of the situation of the match.

The ace paceman is mostly right on the money with his line and length and it is not easy to hit him for runs. However, Bumrah had a poor start to IPL 2020 as he leaked 43 runs in his four overs against CSK.

Meanwhile, Rohit has got the best out of his players and thus he is one of the most successful IPL captains. The talisman is the solitary captain in the IPL history to lead a franchise to four titles.

“For me, he has always given me freedom. He has always told me to express yourself, be whatever you want. Be it any situation, take ownership of your own bowling. So that gives me a lot of confidence and a responsibility that I’m responsible for whatever I am doing…He trusts you so much and he trusts the decisions that you will take and that’s a very positive sign,” Bumrah said in a video posted by Mumbai Indians on their social media platform.

On the other hand, Mumbai Indians batsman Suryakumar Yadav, who has been a consistent performer for the franchise, also heaped praise on Rohit Sharma’s leadership. Yadav added that Rohit is always calm and composed when he has to take the crucial decisions in the crunch situations of the match.

Furthermore, Mumbai Indians head coach Mahela Jayawardene stated that Rohit is a very instinctive captain. Rohit Sharma has led Mumbai Indians in 105 matches in which the team has won 60 games and lost 43 whereas two have been tied.

Rohit will look to continue his good work as captain and take Mumbai Indians to glory for the fifth occasion in the IPL.

Meanwhile, Mumbai Indians didn’t have a perfect start to IPL 2020 as they lost their opening match against Chennai Super Kings by five wickets. The reigning champions will play their next match against Kolkata Knight Riders at Sheikh Zayed Stadium on 23rd September.