IPL 2020: Rohit Sharma is on the cusp of achieving three major milestones 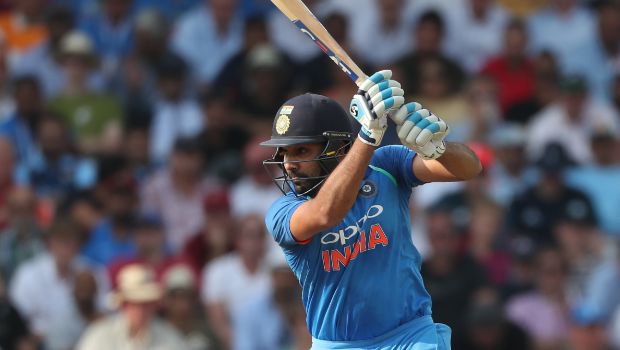 Mumbai Indians skipper Rohit Sharma will be looking to create history by bagging his fifth IPL title if his team goes on to defeat Delhi Capitals in the final of IPL 2020 on Tuesday.

Rohit is the most successful captain in the IPL history as he has won four titles.

Meanwhile, Mumbai will be playing their sixth IPL final against DC, who have made their way into the final for the first time in the history of the league. Mumbai had defeated DC in all the three previous encounters of this season.

On the other hand, Rohit Sharma is on the cusp of achieving three major milestones when he takes the field for the defending champions against DC. Rohit will play his 200th IPL match and he will become the second player to do so after CSK skipper MS Dhoni. Rohit has represented Deccan Chargers and MI in his glorious IPL career.

Meanwhile, MS Dhoni had recently become the first player to reach the milestone. Dhoni had played two seasons for Rising Pune Supergiant when CSK were banned for spot fixing.

On the other side, Rohit Sharma has scored 3992 runs for Mumbai Indians and thus is eight runs short of becoming the first player to score 4000 runs for the franchise. CSK skipper MS Dhoni and RCB captain Virat Kohli have already achieved the landmark in the illustrious career.

Furthermore, Rohit Sharma is 43 runs away from reaching 3000 runs as Mumbai Indians captain. Rohit had taken over the captaincy baton from Ricky Ponting back in 2013. Meanwhile, CSK captain MS Dhoni, RCB skipper Virat Kohli and former KKR captain Gautam Gambhir have all achieved the milestone for their respective teams.

Rohit hasn’t been in the best of forms in this season of the IPL and hasn’t quite matched his own standards. The talisman has scored 264 runs in 11 matches at an average of 24 and a strike rate of 126.31.

However, Rohit will look to turn the tables in the all-important final against DC, which will be played at Dubai International Cricket Stadium on Tuesday.