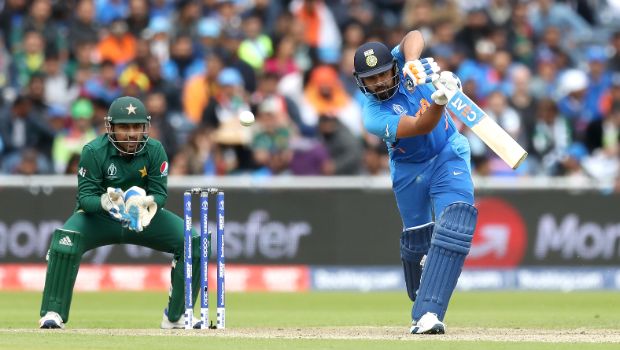 Mumbai Indians captain Rohit Sharma has revealed why he didn’t pick Ishan Kishan to bat in the Super Over against Royal Challengers Bangalore at Dubai International Stadium on Monday.

The youngster who was playing his first match of the ongoing season, was at his best as he had scored 99 runs 58 balls with the help of two fours and nine sixes.

In fact, Mumbai Indians was down and out but the defending champions were able to get back in the contest after a fine alliance of 119 runs between Ishan Kishan and Kieron Pollard.

However, Rohit Sharma revealed that the youngster was drained out and he was not feeling comfortable. The MI captain added they backed Hardik Pandya, as he is a clean striker of the ball. But the Men in Blue could only score seven runs in the Super Over and that was the game for RCB.

Rohit Sharma said while talking in the post-match ceremony, “He (Kishan) was drained out and was not comfortable. We thought we could send him but he was not feeling fresh. Hardik is somebody we trust to hit long balls, it is not coming off but we are confident he can pull things off for us”.

In fact, the second game of the IPL 2020 between Delhi Capitals and Kings XI Punjab had also ended in a tie. However, Punjab made the same mistake of not sending Mayank Agarwal, who had scored 89 runs in the same match, to bat in the Super Over.

It was another humdinger contest between Royal Challengers Bangalore and Mumbai Indians. Meanwhile, Ishan Kishan has shown great promise to go a long way in his career and he has made a case for himself to be part of the final XI.

Mumbai Indians will play their next game against Kings XI Punjab on 1st October at Sheikh Zayed Stadium, Abu Dhabi.