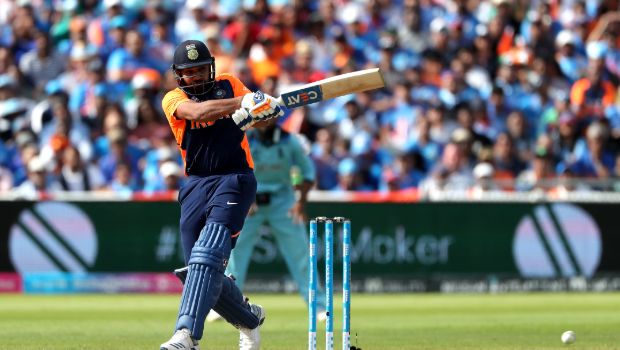 It is mostly observed that Rohit leads with a calm mind on his shoulder and he is brilliant with his decision making.

Rohit also preserves Jasprit Bumrah for the fag end of the innings as he is one of the best death bowlers in the world. Furthermore, the MI captain knows which bowler he should bowl at different situations of the match. Rohit has also got the best out of his bowlers and gives them the field they want.

A perfect example of Rohit Sharma’s field placement was when Sarfaraz Khan came out to bat. Rohit was quick to place Trent Boult, right behind the wicket-keeper as Khan loves to play the paddle sweep against the fast bowlers.

Jasprit Bumrah was given the ball and the ball found Trent Boult twice in his over. This goes to show that Rohit always does his homework for a particular batsman

“Rohit Sharma as a captain did a great job in rotating his bowlers. All his bowlers delivered the goods and his bowling changes are absolutely impeccable. And the field he set for Sarfaraz, keeping a fielder behind the wicket-keeper. He has been very very smart as a captain.”

On the other hand, Rohit has not only delivered the goods as a captain but also he has done a fine job as a batsman. The flamboyant batsman had scored 80 runs against Kolkata Knight Riders and MI won that match convincingly by 49 runs.

Once again, Rohit scored a fine knock of 70 runs against KXIP and the team won comfortably by 48 runs. Thus, on both the occasions Rohit has scored runs, MI have gone on to win their matches.

Rohit Sharma will look to continue his good form in the IPL and he is going to hold the key for Mumbai Indians at the top of the order. There is no doubt that Rohit is Mumbai Indians’ best batsman and he would need to carry the same form.

Mumbai Indians will play their next match against Sunrisers Hyderabad at Sharjah Cricket Stadium on 4th October.