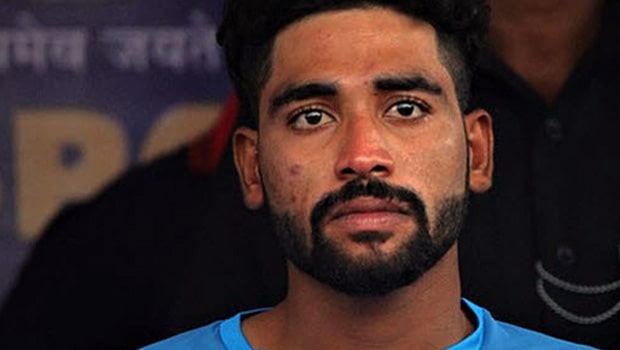 Royal Challengers Bangalore’s Mohammed Siraj took the opportunity given to him in fighting for a place in the Indian side for the tour of Australia next month with a superb performance at the Sheikh Zayed Stadium in Abu Dhabi on Wednesday against Kolkata Knight Riders in the ongoing India Premier League.

After winning the toss, KKR skipper Eoin Morgan opted to bat first in order to give KKR a chase target.

The strategy, however, backfired as his team fell like a pack of cards, ending their inning with a paltry 84 for eight in their 20 overs.

With a seemingly easy target for RCB, they dispatched KKR. This is the lowest-ever IPL score by a side without being dismissed.

It could be recalled that during their meeting last week, RCB also thrashed KKR by 82 runs. This was a humiliating defeat for KKR with such an easy eight-wicket win with 39 balls to spare. RCB has now dislodged Mumbai Indians to occupy the second spot on the points table. They were able to do this with a positive net run rate.

With his sight in the Indian national team, Siraj set a record to be the first bowler to bowl two maiden overs in the IPL match.

Despite the absence of their key players, Sunil Narine and Andre Russell, for the first time since 2012, KKR could still qualify for the playoff. It now remains unknown how they will get over the humiliation and return back on top of the remaining ties.

Siraj, who emanated from Hyderabad, is known mainly for his exploits with the red ball.  Bowling at the right length, he also showed that he is dangerous with the white ball as well, as he showed up good swings. His feat, which saw him just conceding eight runs, also got him the Man of the Match award.

The victims of his pace were Rahul Tripathi, Nitish Rana Siraj, and Tom Banton, who replaced an out-of-form Russell.