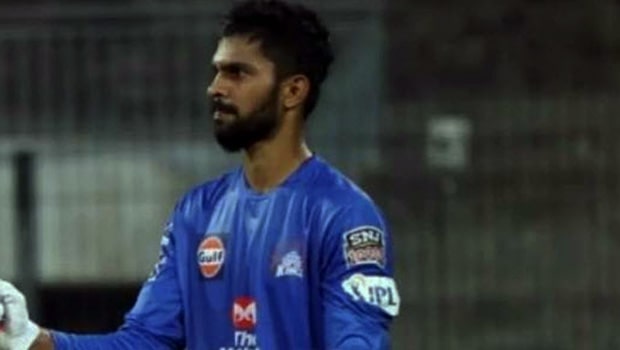 Chennai Super Kings opening batsman Ruturaj Gaikwad has become the first uncapped Indian batsman to score three consecutive fifties in IPL history. The 23-year old youngster has hogged the limelight in the business end of the tournament as he came up with impressive performances.

The right-hander achieved the milestone after scoring a match winning unbeaten knock of 62 runs off 49 balls against Kings XI Punjab at Sheikh Zayed Stadium, Abu Dhabi on Sunday. The youngster smashed six fours and one six in his fine knock. Thus, he was awarded the Player of the match for the third time in a row.

Gaikwad had also scored unbeaten 65 runs from 51 balls against Royal Challengers Bangalore whereas he scored another fine knock of 72 runs against Kolkata Knight Riders. Consequently, Gaikwad was able to grab his opportunities in the fag end of the tournament.

Meanwhile, the flamboyant batsman has impressed with his skills to time the ball with perfection. The youngster from Maharashtra has shown the skills to go a long way in his career and he has shown the promise to have a bright future.

Gaikwad was able to keep his shape while playing the big shots and he is one of the biggest positives for Chennai Super Kings in the ongoing season of the IPL. CSK had a disappointing season but they would be delighted after impressive performances from Ruturaj Gaikwad and Sam Curran.

On the other hand, Gaikwad was tested positive for coronavirus in the beginning of the tournament and thus he had to spend a difficult time in isolation. However, he was able to show great mental strength and made a dominating return to the side.

“I was scoring well in the domestic circuit in every format, so I was feeling confident. Even for my club and state team, I had to be the anchor, make sure the team wins and I stay till the end,” Gaikwad said.

“One of my favourite – inside-out (shot). Not to be part of the squad which was practising, to miss a few games, it was difficult for me. But the management and every team mate ensured that I remained positive. It did help a lot,” he added.