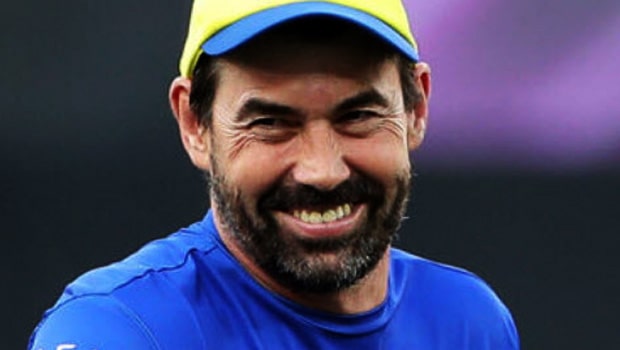 Chennai Super Kings head coach Stephen Fleming heaped praise on youngster Ruturaj Gaikwad for scoring a match winning knock of 72 runs against Kolkata Knight Riders at Dubai International Cricket Stadium on Thursday. CSK won the match by six wickets and Gaikwad was awarded the Player of the match for his second consecutive fifty in the season.

The 23-year old youngster has shown the right skills to go a long way in his career and he would aim to continue the good show. Gaikwad has good timing under his bag and he also keeps his shape while playing his shots. Thus, the batsman from Maharashtra has shown the right technique and he can have a bright future for CSK as well as the Indian team.

Gaikwad is a fluent batsman and Fleming is delighted that the youngster has grabbed his chances with both hands. In fact, Gaikwad was earlier ruled out of the tournament as he was tested positive for Covid-19 and thus had to spend the time in isolation.

Consequently, it wasn’t easy for Gaikwad but he showed great mental strength and came out all guns blazing in the fag end of the tournament. The right-hander has amassed 142 runs in five innings at an average of 35.50 and a strike rate of 118.33. The rookie has also scored two fifties in the IPL.

“He has done well in the last couple of games. We’re happy that he’s taken the opportunity. We look back at the missed opportunities when he got COVID-19. He missed out the pre-season, he came back after about 4-5 weeks in isolation,” Fleming noted in the post-match conference.

“We tried to get him involved but he was a long way from being ready. So we’re just happy now to create the opportunity and he has shown us that he’s the right player. He has got lovely timing, a very fluent player. It allows him to hit the ball in the gaps, a lot of power for a small guy.

It hasn’t been an ideal season for CSK as they could only win five matches out of the 13 they have played. In fact, this is the first time when the Men in Yellow have failed to qualify for the playoff stages when they have participated in the league. However, young players like Ruturaj Gaikwad and Sam Curran have been the biggest positive for CSK.

CSK will play their last match of the season against Kings XI Punjab at Sheikh Zayed Stadium, Abu Dhabi on 1st November.