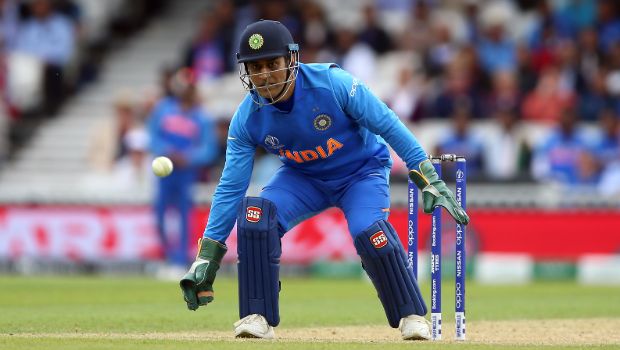 Chennai Super Kings captain MS Dhoni is all impressed by Ruturaj Gaikwad’s talent. The youngster has played two consecutive match winning knocks and he has shown the skills to go a long way in his career.

The right-hander scored a fine knock of 72 runs from 53 balls with the help of six fours and two sixes to help his team get close to the target of 173 runs against Kolkata Knight Riders at Dubai International Cricket Stadium on Thursday.

Gaikwad has provided solidarity at the top of the order for CSK and they were missing the same throughout the season. The rookie is a perfect timer of the ball and focuses on keeping his shape right and also finds the gaps with good success rate.

The right-hander was at his best once again versus KKR and played a crucial role for his team. In fact, Gaikwad was tested positive before the start of the IPL and thus went through a difficult phase. It has been a fine couple of matches for Gaikwad and he must have grown in confidence after scoring two consecutive fifties.

MS Dhoni said in the post-match ceremony, “Ruturaj has shown the talent that he is. He came in and got positive with Covid. We didn’t have much time to have a look at him. He is one of the talented youngsters going around. He is not someone who speaks a lot. Once you go inside, you are the only one handling the pressure. When we made him play the first game, he stepped out and got out. But one ball is never enough. I think it is very exciting how he has grabbed his chances”.

Meanwhile, CSK were knocked out of the tournament and they failed to make it to the playoff stages for the first time in the history of the league. However, the team has come up with a collective effort in the last two matches.

Ravindra Jadeja had provided the finishing touches as he scored 31 runs from 11 balls. CSK were under the pump as they required 30 runs from the final two overs. However, CSK were able to get 20 runs of the penultimate over bowled by Lockie Ferguson. Furthermore, seven runs were required off the final two balls and Jadeja was able to smash two sixes to get his team over the line.

CSK will play their last match of the season against Kings XI Punjab at Sheikh Zayed Stadium, Abu Dhabi on 1st November.