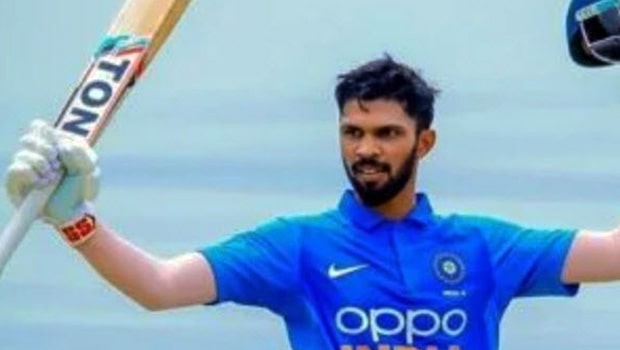 Gaikwad scored his third consecutive fifty of the season as he scored an unbeaten 62 runs from 49 balls with the help of six fours and one six. The right-hander has timed the ball to perfection and he also pierced the gaps with great success rate.

Gaikwad also maintains his balance while playing the big shots and he focuses on getting his timing right, like Virat Kohli. The right-hander has shown the promise to go a long way and there is no doubt that he has a bright future.

CSK had a disappointing season but finished off the season on a high after three successive wins. Gaikwad played a key role in all of these wins as he scored a fifty in each one of them. The youngster is one of the biggest positives for CSK and he would like to come up with the same kind of performance in the next season.

Meanwhile, Gaikwad and Faf du Plessis provided a perfect start to their run chase of 154 runs against KXIP as they added 82 runs for the opening alliance. The partnership was ended when du Plessis could not time the scoop shot.

Faf du Plessis said in the post-match ceremony, “That scoop is the shot I play often and quite bummed that I couldn’t get it but pleased for us to finish the season with a win. He (Gaikwad) looks like a young Virat Kohli doesn’t he. What stands out for me the most is his composure. Pressure situations don’t really get to him. That is always pleasing to see in a young guy and looks like he has a bright future. I am still loving it. I have got a lot of cricket left in me, at least five years”.

On the other hand, Faf du Plessis was the pick of the CSK batsman as he scored 449 runs in 13 innings of the ongoing season at an impressive average of 40.82 and a strike rate of 140.75. However, he didn’t get the support from the other end as CSK batting was disappointing throughout.

CSK will be looking to turn the tables in the next season as they could manage only six wins from 14 matches.