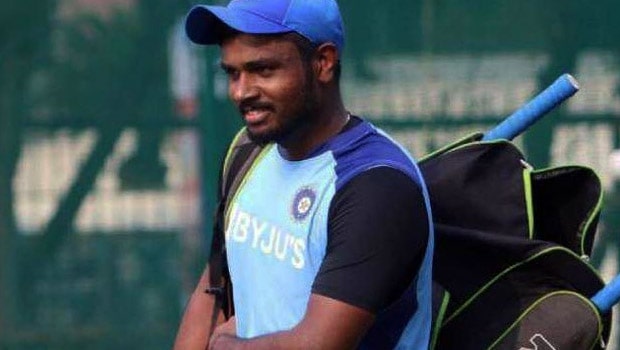 Samson timed the ball to perfection in his blistering knock of 32 balls in which he scored one four and nine sixes. The right-hander catapulted his attack against the CSK spinners and made great use of the shorter boundaries of Sharjah. In fact, Samson played good cricketing shots all around his inning and there was no slogging.

Meanwhile, Sanju Samson is a treat to the eyes when he gets going. The Kerala batsman played some prolific shots in his knock and his batting has always been effortless. Consequently, Sachin Tendulkar compared Samson’s stroke play with flamboyant Indian white-ball vice-captain Rohit Sharma.

Sachin heaped praise on young Samson and added that his bat swing, with the help of which he generates power, is really impressive. Samson has thus far played 94 IPL matches in which he has scored 2283 runs at an average of 28.19 and a strike rate of 132.12.

“He (Sanju Samson) is someone; I’ve really enjoyed his batting, especially his bat swing. The downswing comes really fast, and that’s where he generates power. He is another batter who is elegant and a bit like Rohit Sharma,” said Sachin Tendulkar in his latest series ‘Sachin Game Changers’.

On the other hand, Sachin feels the return of Dwayne Bravo will help CSK in strengthening their playing XI. CSK have struggled to find the impetus as they have lost two matches out of the three they have played thus far.

Bravo is one of the best death bowlers in the world and he will also add power to the lower order of CSK. The team hasn’t been at their best and they would aim to turn the tables.

CSK will play their next match against Sunrisers Hyderabad on 2nd October at Dubai International Stadium.