Home » Cricket » IPL 2020: Sam Curran is going to become one of the top-most all-rounders across formats – Gautam Gambhir 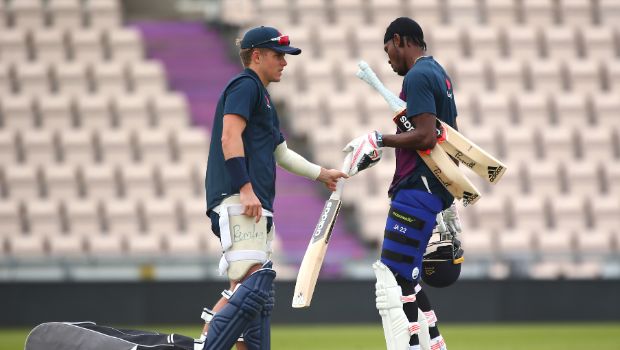 Former Indian opener Gautam Gambhir heaped praise on Chennai Super Kings all-rounder Sam Curran. The youngster has impressed with both bat and ball and he is going to have a bright future.

The left-hander has provided early breakthroughs for CSK whereas he has also provided the finishing touches as a batter.

Curran has thus far scalped 13 wickets in 13 matches of the tournament as he has got the ball to swing. Not only the English all-rounder has bowled well in the powerplay overs but also he has done a fine job in the death overs. Furthermore, the southpaw has scored 186 runs in 11 innings at an average of 23.25 and strike rate of 131.91.

Meanwhile, CSK has had a disappointing season as they were knocked out of the league stage for the first time in the history of the tourney. However, Sam Curran has been the biggest positive for the franchise. The England all-rounder has also opened the innings for CSK in a couple of matches.

Gambhir stated that Curran is going to become one of the top-most all-rounders across formats. In fact, Curran was the difference between England and India when the latter had toured back in 2018. The left-hander had delivered the goods with both bat and ball and he was awarded the Player of the series.

“There is a lot to be changed in the squad. The only silver-lining in this entire squad has been Sam Curran. He is someone I would definitely like to continue with because he is someone who is young and going to get better every year. He is probably going to become one of the top-most all-rounders across formats,” Gambhir told Espncricinfo.

Gambhir feels CSK will need to add some young players in the next auction as he doesn’t see the same set of players continuing playing for the team.

“They need to revamp the entire squad. There are guys in the squad who are talented but it’s difficult to continue with most of them. You might just see one or two faces but probably you would see a completely new CSK going into the auction in 2021.”

CSK have won only five matches out of the 13 they have played and they will be looking to turn the tables in the next season. The three-time champions will play their last match of the season against Kings XI Punjab at Sheikh Zayed Stadium, Abu Dhabi on 1st November.