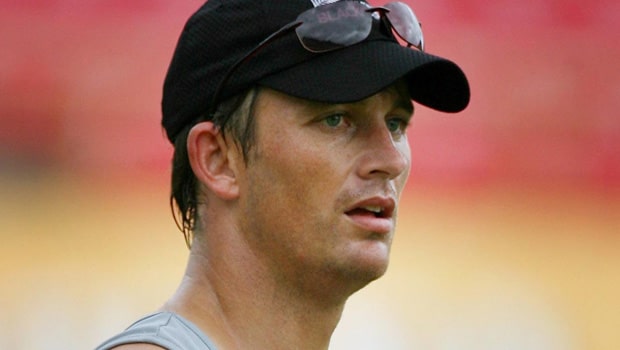 Mumbai Indians bowling coach Shane Bond has revealed the reason why Jasprit Bumrah bowled with the new ball against Rajasthan Royals during the 20th match of IPL 2020 at Sheikh Zayed Stadium on Tuesday. It is mostly noted that Bumrah is generally used in the death overs by Rohit Sharma.

However, it was a fresh green deck at Sheikh Zayed Stadium on Tuesday and Bumrah wanted the new ball. It is known that the gun pacer mostly gets the ball to nip back into the right-handers.

Trent Boult provided a perfect start as he struck in the first over to dismiss young Yashasvi Jaiswal. Bumrah then provided a big breakthrough of RR skipper Steven Smith, who was looking to go for a big shot but got an inside edge, which was brilliantly taken by Quinton de Kock. The gun pacer conceded only six runs in the two overs he bowled in the Powerplay overs.

“Jasprit genuinely wanted to take the new ball so there was a discussion that went on one day before the game against Royals, we obviously have used him in a defensive manner at the back-end of the Powerplay,” Bond revealed during the post-match press conference.

“It was a fresh wicket and there was grass on it, he has the ability to nip the ball around, we knew Rajasthan’s key players were in the top-order so we wanted to give him an opportunity to get out there, take the new ball and take some wickets for us,” he added.

Meanwhile, Jasprit Bumrah was once again at his absolute best in the death overs. Bumrah snared three more wickets in the fag end of the innings and didn’t allow RR’s tail to wag. The ace paceman conceded only 20 runs in his quota of four overs.

Bumrah is now the second highest wicket-taker in the ongoing season as he has scalped 11 wickets in the six matches he has played at an average of 17.82. Thus, Bumrah will like to continue his good form and keep delivering the goods for the defending champions.

MI have a potent pace battery and Trent Boult and James Pattinson have also done well for Rohit Sharma. Both of these pacers scalped two wickets each against RR. MI will play their next match against Delhi Capitals at Sheikh Zayed Stadium on 11th October.