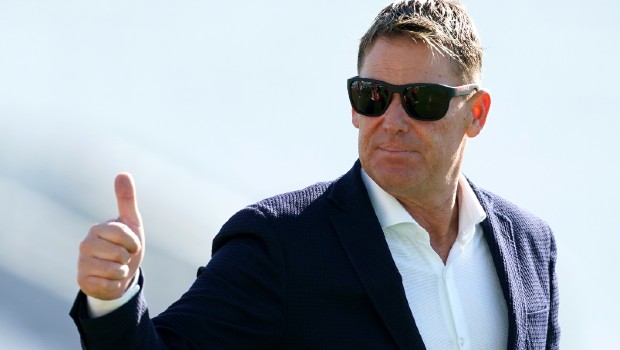 Former Australian legendary spinner Shane Warne has been appointed as mentor and ambassador of Rajasthan Royals for the upcoming season of the IPL 2020, the franchise confirmed on their Twitter handle. Warne had also previously served as the ambassador in the last edition of the tournament.

The twitter handle of Rajasthan Royals uploaded a video of Shane Warne, comprising the spinner’s image in the Blue jersey throughout his IPL career.

“Welcome back, Warnie. Birthday boy @shanewarne joins the side as our mentor and brand ambassador for IPL 2020,” Rajasthan Royals twitter post read.

Warne is delighted to join hands with Rajasthan Royals and he is looking forward to getting the best out of the players. The former legend added that he has enjoyed his time with the Royals and he is hopeful that the franchise can have a successful upcoming season.

“It’s always a great feeling to be back with Royals, my team, my family. It’s exciting to be working across all elements of this franchise that I love. We have worked towards our vision of becoming a global team that fans around the world love and follow.

“This season I am looking forward to working as a team mentor and joining up with an excellent backroom staff in Zubin Bharucha and Andrew McDonald. Hopefully, we can have a successful season and achieve big things in the coming months,” Shane Warne was quoted as saying in a press release.

Meanwhile, Shane Warne has all the experience under his belt and he would aim to get the best out of the players. Spinners like Mayank Markande, Rahul Tewatia and Mahipal Lomror will like to make the most of Warne’s experience.

On the other hand, Warne had led an underdog Rajasthan Royals’ team to glory in the inaugural season of the IPL. Not many had put their money on the Royals but Warne had made the most of his experience to help his team win the first edition of the IPL.

Warne had not only played a key role as a captain but also had finished as the second highest wicket-taker of the tournament. The leg-spinner had scalped 19 wickets in 15 matches of the opening season of the IPL at an average of 21.26.