Home » Cricket » IPL 2020: Shane Watson set to retire from all forms of the game – Report

IPL 2020: Shane Watson set to retire from all forms of the game – Report 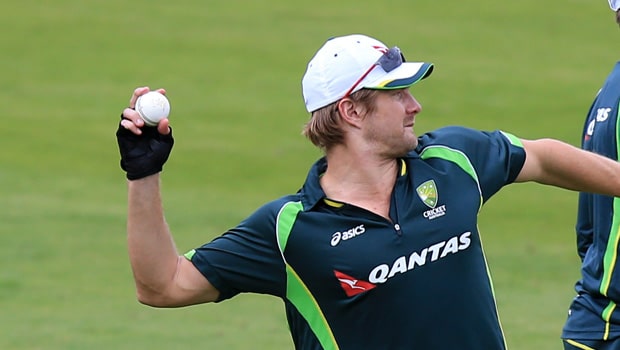 Chennai Super Kings opening batsman Shane Watson is all set to retire from all forms of the game as reported by Times of India. Watson has reportedly told his teammates that he will no longer take part in the IPL after the team’s last league match against Kings XI Punjab at Sheikh Zayed Stadium, Abu Dhabi on Sunday.

Meanwhile, Shane Watson had retired from International cricket back in 2016. He was roped in by CSK for IPL 2018 and he played a huge role in the success of the team in that season. Watson scored 555 runs in 15 matches of the season and also scored a match-winning century in the final against Sunrisers Hyderabad.

However, Watson wasn’t in the best of forms in IPL 2019 but he was still backed by CSK’ team management. Watson returned back to his best in the final of the tournament as he scored a fine knock of 80 runs but it went in vain as CSK lost by one run.

On the other hand, Watson couldn’t have a great season in IPL 2020 as he could only muster 299 runs in 11 innings and failed to give consistent starts to his team. His best batting performance came against Kings XI Punjab when he scored an unbeaten 83 earlier in the tournament.

“Watson was very emotional when he told the CSK dressing room after the last game that he would retire. He said that it was a great privilege for him to play for the franchise,” TOI quoted a source as saying.

Meanwhile, Shane Watson is regarded as one of the best all-rounders to have played in the IPL. Watson had played a key role in Rajasthan Royals’ success in the inaugural season of the league. The Australian scored 3874 runs in 145 IPL matches at an average of 30.99 and a strike rate of 137.91. Furthermore, Watson scalped 92 wickets in his IPL career.

Watson represented Rajasthan Royals, Royal Challengers Bangalore and Chennai Super Kings in the IPL. As Ruturaj Gaikwad was able to grab his opportunities at the top of the order for CSK, Watson might have thought of hanging his boots.