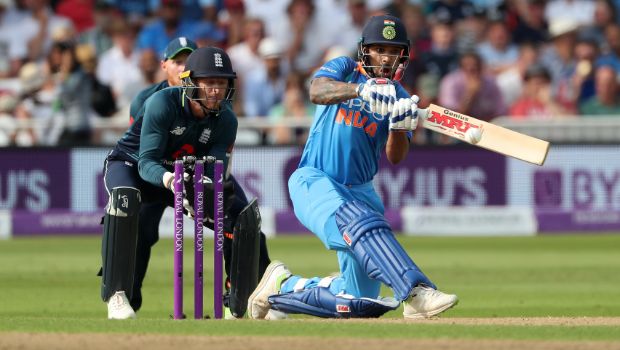 Dhawan scored 106 runs from 61 balls with the help of 12 fours and three maximums against Kings XI Punjab at Dubai International Cricket Stadium on Tuesday.

The southpaw had scored a fine knock of unbeaten 101 off just 58 balls against Chennai Super Kings at Sharjah Cricket Stadium on Saturday. This was Dhawan’s maiden IPL century. Thus, Dhawan has been in sublime form in the ongoing season.

Dhawan has also scored two fifties in the tournament. On the other hand, the Delhi’s opener also completed 5000 runs in the Indian Premier League. Dhawan became the fifth batsman to score more than 5000 runs in the IPL.

Meanwhile, Dhawan has timed the ball to perfection in the last couple of matches. The left-hander has been able to hit the ground running and he has batted in the attacking mode.

However, Dhawan’s hundred against Kings XI Punjab went in vain as his team lost by five wickets. Dhawan was the lone warrior for his team as the rest of the batsmen scored 58 runs from 59 balls. Consequently, Delhi could only post a sub par total of 164 runs on the board.

It wasn’t enough in the end as Nicholas Pooran scored a fine fifty whereas Chris Gayle and Glenn Maxwell also contributed.

DC will play their next match against KKR at Sheikh Zayed Stadium, Abu Dhabi on 24th October.