Home » Cricket » IPL 2020: Shikhar Dhawan is the leader within the team – Marcus Stoinis

IPL 2020: Shikhar Dhawan is the leader within the team – Marcus Stoinis 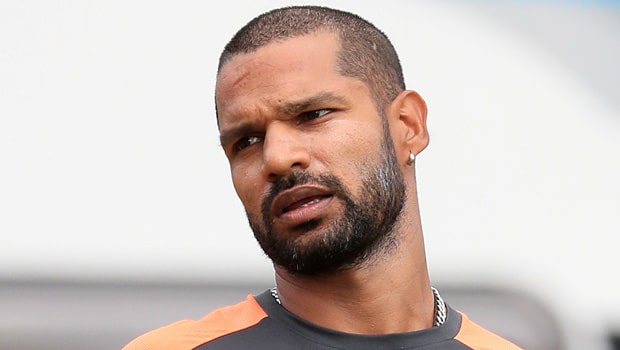 Delhi Capitals all-rounder Marcus Stoinis was all praise for veteran batsman Shikhar Dhawan. The southpaw has all the experience under his belt and he has guided the young players of the team on the right track. Stoinis stated that Dhawan has been a leader within the team and he has got the best out of the players.

Dhawan is the vice-captain of Delhi Capitals and he has also led with aplomb whenever Shreyas Iyer has been forced to leave the field. Meanwhile, Stoinis has shared a great camaraderie with Dhawan and he is enjoying playing with the left-hander.

Stoinis was promoted as an opener against Sunrisers Hyderabad in the first qualifier and added a fine alliance of 86 runs in 8.2 overs with Shikhar Dhawan. Meanwhile, Stoinis and Dhawan have been prolific performers for Delhi Capitals in this season.

Stoinis has scored 352 runs at a strike rate of shade under 150 and he has also scalped 12 wickets. On the other hand, Shikhar Dhawan is the second highest run-getter of the tournament as he has amassed 603 runs in 16 matches at an average of 45.38 and a strike rate of 145.65. The Aussie all-rounder added that he is hopeful Dhawan has got a big one left under his belt for the final against Mumbai Indians.

“Shikhar’s been unbelievable and made some big hundreds. Even in the matches he has missed out, he has timed the ball well. He has really led the way for us this year,” Stoinis said at the post-match press conference.

“He (Dhawan) is a leader within the team. He brings in a lot of energy and shares a lot of knowledge. He has really been good to me throughout this campaign. I am really proud of him. He has made 600-plus runs this year. Hopefully, he has one big knock in the final left in him,” said Stoinis.

On the other hand, Stoinis was asked to open in the all-important after a series of poor performances from Prithvi Shaw. The Australian has the experience of opening for Melbourne Stars in the BBL and he was able to grab his opportunity as he scored 38 runs from 27 balls. Furthermore, Stoinis also shone with the ball as returned with figures of 3-26 in the three overs he bowled. Ergo, he was awarded the Player of the match.

DC will face MI in the final at Dubai International Cricket Stadium on Tuesday.