Home » Cricket » IPL 2020: Shubman Gill could be leading an IPL side in two years – Simon Doull

IPL 2020: Shubman Gill could be leading an IPL side in two years – Simon Doull 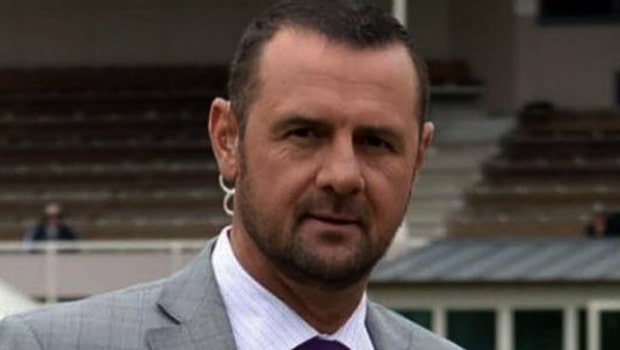 Former New Zealand cricketer and now commentator Simon Doull believes Kolkata Knight Riders opener Shubman Gill could be leading an IPL side in two years. Gill is regarded as the future of Indian cricket and he has all the skills to go a long way in his career. The right-hander had scored a match winning knock of 70 runs in the last match against Sunrisers Hyderabad.

Meanwhile, Doull believes young Gill can learn a lot from experienced players like Dinesh Karthik, Eoin Morgan and Pat Cummins. Gill can also pick up the brain of head coach Brendon McCullum. In fact, McCullum had recently revealed that Gill will be part of the leadership group of KKR for the ongoing season of the IPL.

Gill has also learned a lot from the likes of Yuvraj Singh and Harbhajan Singh while playing for Punjab in the domestic circuit.

“I won’t be surprised if we see him (Shubman Gill) leading an IPL side two years down the line at the ripe age of 22-23. I think he should spend a lot of time with Dinesh Karthik and Eoin Morgan and pick their brains. He also has Brendon McCullum, one of the most innovative captains in the last 7-9 years. I think he can learn a lot if he is around these guys,” Doull said while talking to Cricbuzz.

Gill showed maturity in his batting as he didn’t take any undue risks in the last game against SRH. The right-hander has made a name for himself and he is mostly the cynosure of all eyes. Big things are expected from Shubman Gill and it would be interesting to note how he will handle the pressure of those expectations.

Gill has scored 576 runs in 29 IPL matches at an average of 36 and he would like to deliver the goods for KKR while opening the innings with Sunil Narine. In fact, Simon Doull recently said that Gill is the future Indian captain.

The right-hander has shown a solid technique and he can go a long way in his career. The Punjab batsman has amassed 2133 runs in 21 first-class matches at an impressive average of 73.55.

Gill will like to continue his good show in the IPL 2020. The right-hander will be next seen in action against Rajasthan Royals at Dubai International Stadium on 30th September.