Home » Cricket » IPL 2020: Shubman Gill is going to be part of our leadership group – Brendon McCullum

IPL 2020: Shubman Gill is going to be part of our leadership group – Brendon McCullum 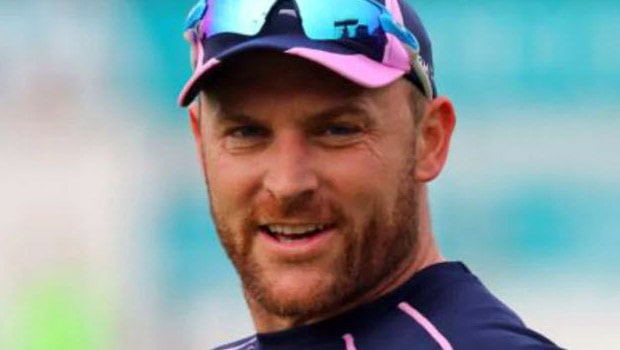 Kolkata Knight Riders head coach Brendon McCullum has confirmed that the talented 20-year old Shubman Gill is going to be part of their leadership group. Kolkata Knight Riders will be led by wicket-keeper batsman Dinesh Karthik and they will also have the services of World Cup winning captain, Eoin Morgan.

Gill is still young in his career and he is taking the baby steps at the top level. However, McCullum feels that age has nothing to do with leadership and he sees all the leadership traits in the Punjab batsman. The right-hander has impressed with the bat and he is touted as the next big thing in Indian cricket.

The youngster has played 27 IPL matches in which he has scored 499 runs at an average of 33.27 and a strike rate of 132.36. The stylish batsman has scored four fifties in the IPL and he would like to once again impress in the upcoming season.

“What a talent…he (Gill) is going to be a part of our leadership group this year as well, at least in some capacity. Even though he is young, I am a big believer that it’s not necessarily true that you having played for a long time makes you a good leader,” McCullum said of Gill in an interview on KKR’s official website.

He continued, “It’s about you exhibiting the behaviours of a leader. It’s always good to have a cross-section of leadership within your group. To us, Shubman is one of those guys we would look to lean on for some leadership throughout this season.”

Shubman Gill would like to make the most of the opportunity and it would be a great experience for him to pick the brains of world-class players like Pat Cummins and Eoin Morgan in the KKR setup. The right-hander has shown all the talent to go a long way in his career and he would look to be at his best.

On the other hand, Dinesh Karthik will look to lead from the front. Karthik has done a fine job and he took the team to the playoff stages in IPL 2018.

The veteran wicket-keeper batsman has all the experience under his belt and he would like to get the best out of the players. Karthik has led KKR in 30 IPL matches in which the team has won 15 and lost 14 whereas one match has ended in a tie.