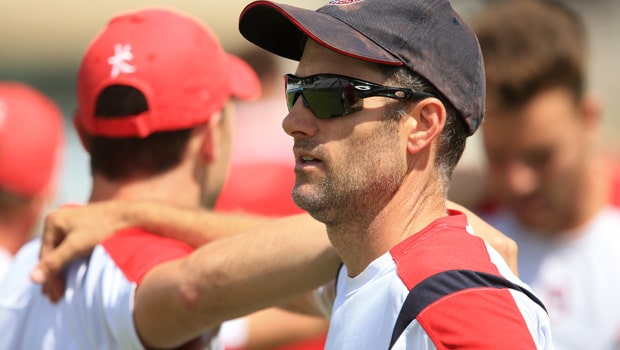 A good fielding effort by a particular team can be the difference between winning and losing. In a format like T20, where the margin of error is minimum for the bowlers, the fielding team always wants their fielders to the top of their toes. A good catch or a run out can change the impetus of the game and it can make a huge difference.

Meanwhile, it is always a difficult task for the fielders to give their best in hot conditions of the UAE in the IPL. However, RCB were brilliant in the field against Rajasthan Royals in the first game of the double header on Saturday.

“A couple of things with the fielding. I mean today, in the heat, sure it was tiring conditions but I think the way everyone went about it and the energy that was shown was first class. Two standout moments – the first one was obviously the catch to dismiss Buttler by Dev [Devdutt Padikkal]. The other one is the one to dismiss Samson, by Yuzvendra Chahal,” Katich said, addressing the RCB team in the dressing room.

After a brilliant performance with the ball as well as in the field, RCB were able to restrict RR to a paltry score of 154 runs. Yuzvendra Chahal was at his best once again as he scalped three wickets and conceded only 24 runs in his quota of four overs.

Devdutt Padikkal scored his third fifty of the tournament whereas RCB captain Virat Kohli got back into form as he scored a fine fifty. Thus, RCB won the match convincingly by eight wickets. It was RCB’s third win of the season after playing four matches.