Home » Cricket » IPL 2020: Some batsman think of CSK as a Government job – Virender Sehwag takes a dig at Kedar Jadhav

IPL 2020: Some batsman think of CSK as a Government job – Virender Sehwag takes a dig at Kedar Jadhav 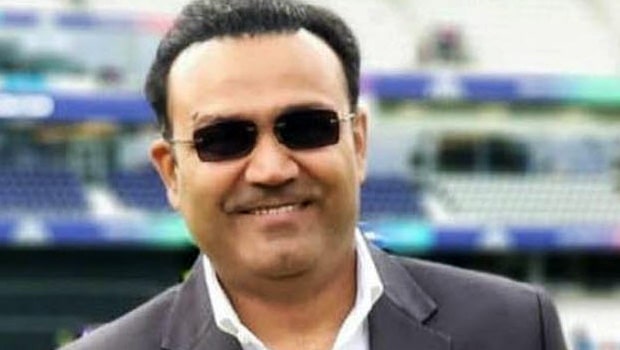 Former Indian opener Virender Sehwag has lashed out at Kedar Jadhav for his mundane batting performance against Kolkata Knight Riders at Sheikh Zayed Stadium, Abu Dhabi on Wednesday. Jadhav crawled to seven runs off 12 balls when the asking rate was going high for CSK.

When the right-hander came out to bat after the dismissal of MS Dhoni, CSK required 39 runs off 21 balls. Jadhav defended the first two balls and then could not make the connection against the short deliveries from Andre Russell.

Surprisingly, Jadhav refused to take a single in the final over and didn’t give the strike to Ravindra Jadeja when 26 runs were required. Subsequently, he missed one more ball and then took a single on the third ball of the over.

“It should have been chased down. But the dot balls played by Kedar Jadhav and Ravindra Jadeja didn’t help. And, in my view, some of the Chennai Super Kings batsman think of CSK as a government job, whether you perform or not, they know they’ll get their salary anyway,” Sehwag told Cricbuzz.

Meanwhile, CSK were right on top at one stage as they required 67 runs in the last seven overs with eight wickets in hand. However, they veered off the track after the dismissal of Shane Watson, who scored a fifty.

CSK skipper MS Dhoni stated that the batsmen let the bowlers down as they had done a fine job in restricting KKR to 167 runs. On the other hand, CSK head coach Stephen Fleming revealed that the idea to send Kedar Jadhav ahead of Ravindra Jadeja and Dwayne Bravo was that they were hopeful of Jadhav scoring runs against the KKR’s off-spinners.

CSK have been under the pump as they have lost four matches out of the six they have played and they will aim to make a stronger comeback. Chennai have failed to chase with aplomb in the ongoing season and it is noticed that their batsmen are leaving too many runs to get in the death overs.

CSK will play their next match against Royal Challengers Bangalore on 10th October at Dubai International Cricket Stadium.