Home » Cricket » IPL 2020: SRH outplayed us in all the three departments – Shreyas Iyer 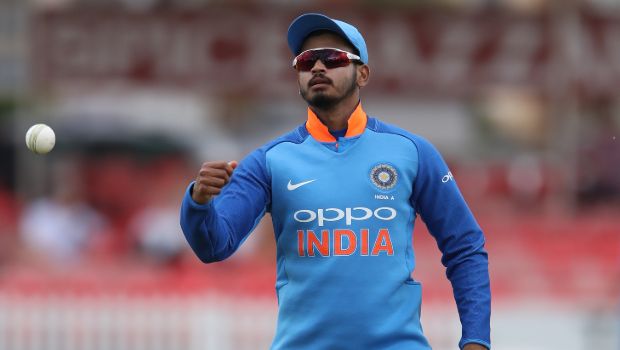 Delhi Capitals skipper Shreyas Iyer stated that Sunrisers Hyderabad outplayed them in all the three departments of the game in the 11th match of the IPL 2020 at Sheikh Zayed Stadium on Tuesday.

SRH posted a par score of 162 runs on a slow pitch and then they were able to defend it quite comfortably in the end as they won by 15 runs.

Delhi Capitals could not come up with a collective batting effort. In fact, three of their batsmen went past 20 runs but they could not convert their start into substantial scores. Thus, it was a disappointing performance from Delhi Capitals.

On the other hand, a lot of credit goes to the SRH bowlers, who kept Delhi Capitals on the leash. Bhuvneshwar Kumar provided the early breakthrough of Prithvi Shaw and then Rashid Khan wreaked havoc in the middle overs. Kumar scalped two wickets whereas Khan snared three wickets to help SRH dominate DC.

DC was never to get going in their run-chase and didn’t look in the contest after the first 10 overs. Furthermore, their batsmen could not change gears when the asking rate was going sky high.

Shreyas Iyer said in the post-match ceremony, “We were pretty much happy with 162, it was a par score on this wicket. We had no idea how this wicket would behave as this is our first game here. They outplayed us in all three departments and credit them for that. It was surprising and in the second innings, it (pitch) was two-paced. When I went in, the ball wasn’t coming onto the bat. We thought dew would come on but we can’t give any reasons at this moment. We didn’t execute the way we wanted to”.

Delhi Capitals would need to pull up their socks for the next matches as they were far from their absolute best. They have got the right balance in their squad and there is no doubt that they can go a long way in this season.

SRH was able to execute their plans better and deserved to win their opening match of the season. Moreover, the Orange Army was brilliant in the death overs as their fast bowlers were right on the money with their yorkers.

Delhi Capitals will play their next match against Kolkata Knight Riders at Sharjah Cricket Stadium on 3rd October.