IPL 2020: SRH wanted to give Priyam Garg the opportunity to showcase his talent – Kane Williamson 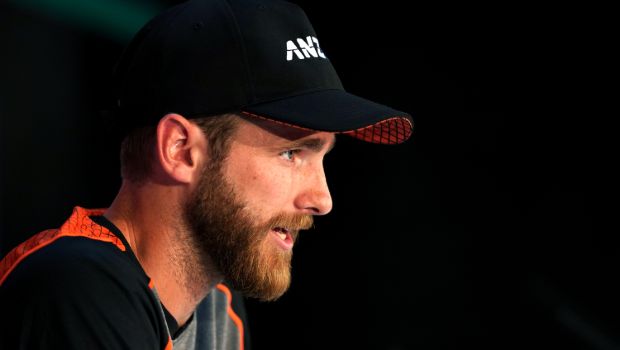 Sunrisers Hyderabad veteran batsman Kane Williamson revealed that the franchise wanted to give Priyam Garg the opportunity to showcase his talent in the all-important second qualifier against Delhi Capitals at Sheikh Zayed Stadium, Abu Dhabi on Sunday.

Garg, captain of the Indian Under-19 team in the 2020 World Cup, has shown the promise to go a long way in his career. The right-hander didn’t receive a lot of opportunities throughout the tournament as he batted in the lower middle order.

Garg didn’t get a lot of time to settle himself at the crease as he batted in the lower half in the batting order. Barring one fifty against Chennai Super Kings, Garg didn’t do much of notice with the bat.

However, SRH decided to promote the talented youngster to the opening position in the absence of injured Wriddhiman Saha. Garg had a perfect start to his inning as he swept Ravichandran Ashwin for a six on the second ball he faced. The right-hander was looking good but he was bowled by Marcus Stoinis after scoring 17 runs from 12 balls.

Williamson noted that Garg is a talented batsman and it is palpable with the way he times the ball in the nets.

Kane Williamson said in the post-match press conference, “He has got a huge amount of talent (Garg) but perhaps throughout the season, hadn’t got repeated opportunities,” Williamson said in the press conference. “Every time you watch him play in the nets, you can see how well he hits the ball. He showed that again tonight where he hit some beautiful shots. He is a really exciting young player that is for sure.”

On the other hand, SRH were under the pump as they lost three wickets for 44 runs. Thus, Williamson had to play cautiously in the initial stage of his inning. Williamson added 46 runs with Holder and then 57 runs with Abdul Samad.

The alliance with Samad, another exciting player who didn’t get a lot of balls like Garg, got SRH back into the contest. Williamson scored 67 from 45 balls whereas Samad clobbered 33 from 16 but both of them were dismissed in quick succession.

Williamson added, “It was just trying to establish a partnership, trying to take the game to a stage where we can change the pressure a little bit. For a long period of time in the second innings, they were on top of us, and then Abdul Samad, another young talented player, came out and hit the ball beautifully, allowed us to get back into the game. Even though we had some work to do. Really good signs”.

SRH really showed the stomach for a fight after a fine partnership between Kane Williamson and Abdul Samad. Meanwhile, not many had put their money on SRH but they were able to come up with fine performances despite the injury woes.