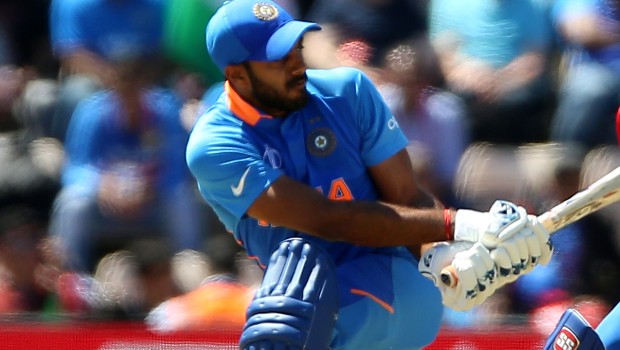 Former Indian opener and now commentator Aakash Chopra reckons Sunrisers Hyderabad cannot win matches with their bleak middle order. SRH had the match in their grasp at 121-2 against RCB as they were chasing a sub par total of 164 runs. However, their middle order collapsed like a pack of cards and they lost by 10 runs.

The Orange Army have a weak middle order as they have inexperienced batsmen like Vijay Shankar, Abhishek Sharma and Priyam Garg. They are a young team and they are expected to learn with time. However, they would need to find a way to play Kane Williamson.

David Warner, SRH captain, had revealed that Williamson had missed the opening match against RCB due to injury. In fact, the middle order has been Hyderabad’s Achilles Heel in the past few seasons and they depended heavily on the shoulders of David Warner and Jonny Bairstow in the last edition.

It was the same story once again as the team collapsed after the dismissal of Jonny Bairstow, who scored a fine knock of 61 runs.

Aakash Chopra said on his YouTube Channel, “This team (SRH) does not have a middle order. Nothing against Priyam Garg, Vijay Shankar or Abhishek Sharma, but this is a really really young team. This is not going to work out. If they want to win matches, they cannot do so with this middle-order.”

SRH will need to come up with a collective effort to turn the tables. Furthermore, the Orange Army faced a huge blow as Mitchell Marsh suffered an ankle injury after bowling just four balls. Warner confirmed that Marsh’s injury doesn’t look good and he could be out for the next couple of matches.

On the other hand, Chopra heaped praise on Devdutt Padikkal and Navdeep Saini. Padikkal scored a fine knock of 56 runs on his IPL debut whereas Saini took two wickets in his quota of four overs. The commentator feels Yuzvendra Chahal will be a front contender for the Purple cap. Chahal scalped three wickets for 18 runs and turned the match on its head.