Home » Cricket » IPL 2020: Surprised myself out there – AB de Villiers on his breathtaking knock

IPL 2020: Surprised myself out there – AB de Villiers on his breathtaking knock 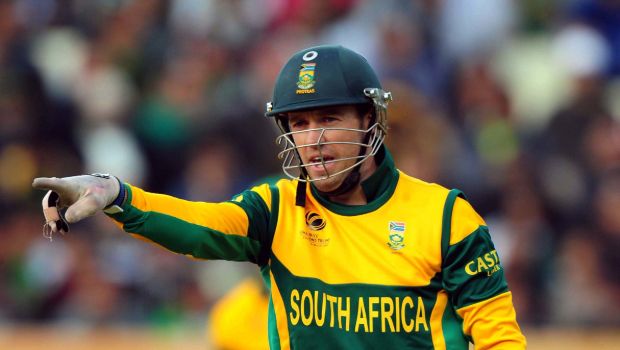 It wasn’t the usual Sharjah pitch, where the batsmen were milking the bowlers away but AB de Villiers was in his zone. The right-hander took a few balls to get his eye in and then he was in the beast mode.

The former South African captain stated that he even surprised himself with the way he batted. AB launched his attack from the 16th over when he smashed young Kamlesh Nagarkoti for 18 runs. Even the world’s best Test bowler, Pat Cummins was not spared as AB took 19 runs of the 17th over bowled by the Australian gun pacer.

Andre Russell, who is known for death bowling, conceded 34 runs in the last two overs he bowled. Thus, AB had a fine outing with the bat and made a roaring comeback after scoring a duck in the last match. The linchpin scored 73 runs off just 33 balls with the help of five fours and six maximums at a whirlwind strike rate of 221.21.

AB scored 21 runs in the long-off region whereas 18 runs came each in the long-on and cow corner region for the former Proteas batsman.

In fact, at one stage it looked like RCB would struggle to get to 160 but thanks to AB’s blitzkrieg they were able to post a par score of 194 runs.

AB de Villiers, who was awarded the Player of the match for his brilliant innings, said in the post-match ceremony, “Very happy with the performance. Got a duck in the last game, a terrible feeling. Very happy that I contributed. Surprised myself out there tonight. Knew the wicket was quite tough to bat on. But I thought 145-150 wasn’t enough. So I looked to go further, and was surprised to get 195. They’ve got a really good bowling attack. The margins are small and you have to use every bit of energy”.

It was a complete performance from RCB as they obliterated KKR by a gargantuan margin of 82 runs. The bowlers also did a fine job as Washington Sundar and Chris Morris scalped two wickets each whereas the rest of the bowlers took one wicket each.

RCB have now won five matches out of the seven they have played to be at the third place in the points table. The Virat Kohli-led team will next take on Kings XI Punjab at Sharjah Cricket Stadium on 15th October.