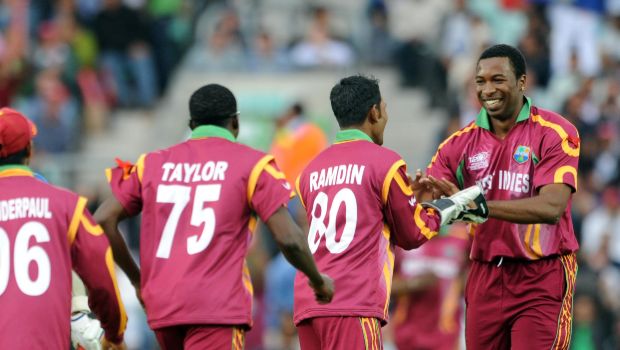 Mumbai Indians standing captain Kieron Pollard heaped praise on the talisman batsman Suryakumar Yadav for taking the team over the line by five wickets against RCB at Sheikh Zayed Stadium on Wednesday.

Yadav scored an unbeaten match winning knock of 79 runs off just 43 balls with the help of 10 fours and two sixes.

Thus, he scored his runs at a blistering strike rate of 183.22 and got the team home. SKY has been a consistent performer in the IPL over the years and this was his 10th IPL fifty. The right-hander has done a fine job for his team as he has been consistent.

On the other hand, the Indian selectors led by Sunil Joshi didn’t pick Suryakumar Yadav in the T20I squad for the upcoming Australian tour. Many of the cricket boffins reckon that Yadav should have been selected for the tour Down Under as he has been consistent in the IPL. In fact, SKY is not only consistent in the IPL but also his records in the domestic circuit speaks volume of his caliber.

Pollard added that they have always wanted their top four batsmen to take them all the way in the match.

“It (Yadav’s innings) was very, very valuable. We always spoke about one of the top three batters, or top four batters, bat all the way through if you are chasing, go all the way through and win the game for us. He (Surya) has done that more often than not,” Pollard said at the post-match media conference.

“…he wants to do well and today again he showed his class on how well he can bat…and deep down inside the burning desire to don that blue, but again he continues to show consistency, which is all that he can do as an individual,” he added.

It wouldn’t be a surprise that Suryakumar Yadav would be there playing for the national team. In fact, he should have been selected in the T20I squad for the tour of Australia.

Yadav would like to continue the good show and it looks like a matter of time before we see him donning the blue colours of the national team.

The right-hander has scored 362 runs in 11 innings of the ongoing season at an average of 40.22 and a strike rate of 155.36. Mumbai Indians will next face Delhi Capitals at Dubai International Cricket Stadium on 31st October.