Home » Cricket » IPL 2020: Suryakumar Yadav is one of the best players of spin I have ever seen – Michael Vaughan

IPL 2020: Suryakumar Yadav is one of the best players of spin I have ever seen – Michael Vaughan 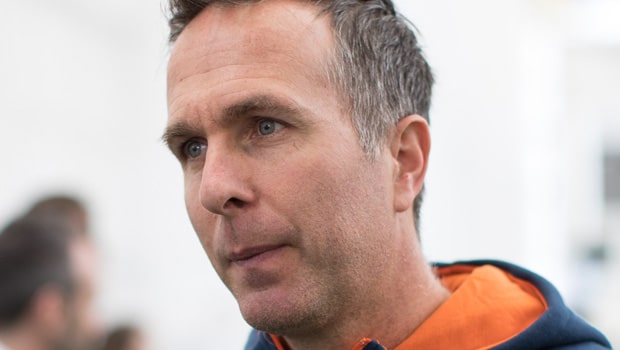 Former England skipper Michael Vaughan has heaped praise on Mumbai Indians in-form batsman Suryakumar Yadav. Vaughan revealed that SKY is one of the best players of spin he has ever seen in his career. The former England captain was all praise for the right-hander and lauded the 30-year old ability to play all around the ground.

Yadav has been in prolific form in the ongoing season of the IPL as he has amassed 461 runs in 14 innings at an average of 41.93 and a strike rate of 148.23. The right-hander also scored his fourth fifty of the season against Delhi Capitals in the all-important first qualifier at Dubai International Cricket Stadium on Thursday.

The talisman scored a fine knock of 51 runs from 38 balls with the help of six fours and two sixes to set up a perfect platform for the lower middle order. Subsequently, MI were able to post a par score of 200 runs against DC. Yadav was able to hit the ground running despite MI losing the early wicket of their skipper Rohit Sharma.

The right-hander was at his absolute best and played Ravichandran Ashwin and Axar Patel with aplomb.

“I think he is a wonderful player. I go far as to say that he is up there with the best players I have ever seen against spin bowling,” Vaughan said while speaking on Cricbuzz

“The way he can manoeuvre the ball around the ground, 360 degrees, against any of the spinners. He makes it look so easy. He plays good bowling well – he’s got the gift of making quick bowling slower, when they are now bowling slow,” he added.

Vaughan added that Yadav is always calm in a tense situation and he brings out his best when there is pressure. Yadav had taken MI home against RCB and his reaction after the win had said it all.

“He’s got calms about him – I like his body language, the way he plays. But the way he plays spin… there are not many better players against spin bowling than Yadav I have seen,” he further said.

Yadav will look to continue the good show in the finals for MI. Many former players also feel that Yadav is unlucky to miss out on the Indian squad for the Australian tour. The right-hander has shown the right skills and he will aim to continue his good form.