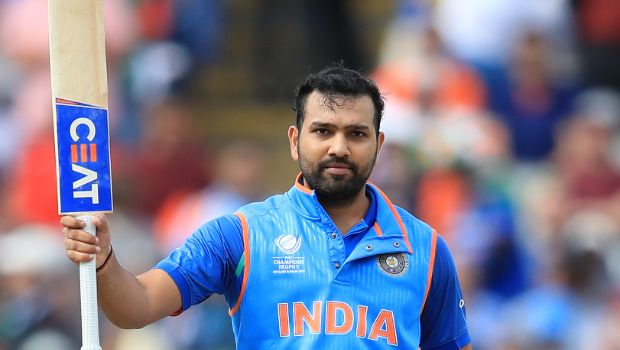 Yadav impressed one and all with his brave shot selection and he pulled off some impeccable shots during his knock.

As always, Yadav timed the ball to perfection. In fact, the right-hander had looked in decent form in the first five matches and a big knock was around the corner. Rohit added he felt Yadav will soon deliver the goods for the team as he was showing the right promise during the practice sessions.

The 30-year-old scored 37 runs behind square of the wicket and scooped the ball with optimism. Yadav was at his best as he kept the momentum going and also added the finishing touches to the total with Hardik Pandya. Consequently, the defending champions posted a par score of 193 runs in their 20 overs after winning the toss.

Rohit Sharma said in the post-match ceremony, “A good Surya innings was coming, I spoke to him before the game, and his shot selection was perfect today. We wanted him to bat till the end because he can innovate rather well”.

Meanwhile, Mumbai Indians are known to come up with collective effort in all the three departments of the game. The reigning champions have never depended on the performances of a particular player and this time Suryakumar Yadav put his hand up and took the responsibility of taking the team to a par score.

On the other hand, the MI bowlers were once again right on the money. Jasprit Bumrah was handed out a new ball and he scalped a crucial wicket of RR skipper Steven Smith. Bumrah returned with figures of 4-20 whereas James Pattinson and Trent Boult snared two wickets each.

Furthermore, MI were brilliant in the field as Quinton de Kock, Anukul Roy and Kieron Pollard took three fine catches. Thus, MI once again climbed to the top of the points table after their fourth win of the season.

MI will play their next match against Delhi Capitals at Sheikh Zayed Stadium, Abu Dhabi on 11th October.