Home » Cricket » IPL 2020: The good news for RCB is that they scored 200 runs without Kohli’s contribution – Aakash Chopra 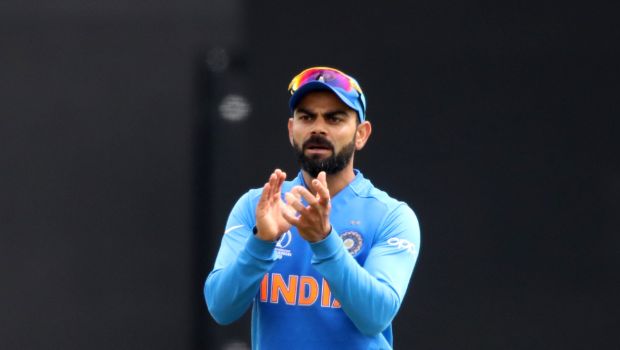 It is a rare sight that Kohli struggles to time the ball but he was not able to get going against Mumbai Indians.

Kohli faced 11 balls for scoring three runs and he was not at his best. However, Chopra feels the good news for RCB is that they scored 202 runs without Kohli’s contribution. Thus, the team could be a force to reckon with when their skipper gets back into form.

It was a collective batting effort from RCB as three of their batsmen scored half-centuries. Aaron Finch provided a good start as he scored 52 runs off just 35 balls. Devdutt Padikkal scored his second fifty of the season as he scored 40-ball 54.

AB de Villiers was once again magnificent as he blasted 55 runs from 24 balls to help his team get to a par score. Shivam Dube also played a nice little cameo as he scored 27 runs from 10 balls.

Aakash Chopra said while talking on his YouTube channel, “Starting with RCB batting, Devdutt Padikkal is India’s future. He has been absolutely outstanding. He first played second fiddle to Aaron Finch and then when Virat Kohli came I felt that he should not throw away his wicket as Virat was not batting that fluently.”

“That is a concern but it is good news as well because if RCB could score more than 200 runs without Virat Kohli’s contribution, what will they do when he gets his form. I shudder to think what will happen, their batting will become terrific.”

However, Kohli took the onus on his shoulder in the Super Over and came out to bat with AB de Villiers. One run was required off the last ball and Kohli was able to get a boundary against Bumrah to get his team over the line.

The match went down to the wire and Kohli was able to hold his nerves. It was once again a humdinger contest as Mumbai Indians made a roaring comeback into the contest.